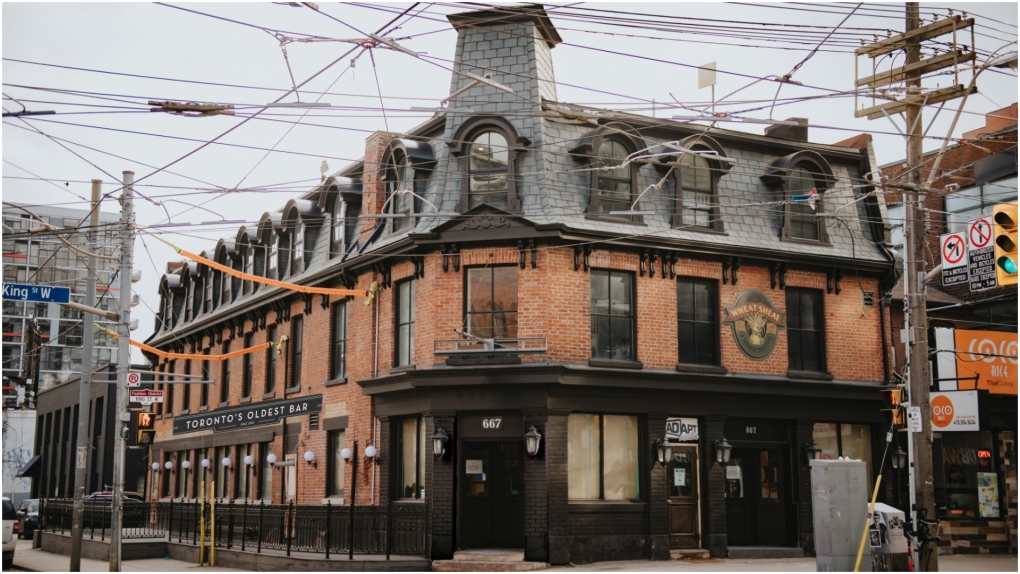 The Wheatsheaf Tavern, Toronto's oldest bar, is set to reopen on March 17, 2020. (Supplied)

TORONTO -- Months after closing for renovations last July, Toronto’s oldest bar has announced that it will open its doors, once again, on March 17.

The Wheatsheaf Tavern, which opened in 1849 and sits prominently on the southwest corner of King and Bathurst streets, has been reimagined by its owners and will reopen as a music venue and watering hole.

“There is so much to love about The Wheatsheaf, and it seems everyone has a story about it,” Terry Tsianos of Scale Hospitality said in a news release.

“This made it easy for us to preserve its history and ensure it will continue to be coloured by amazing events and an ‘everyone is welcome attitude.’ We look forward to continuing the legacy of this remarkable neighbourhood treasure.”

When the bar first closed for renovations, there were questions over whether or not it would reopen and if the name would stay the same. In fact, a number of business owners in the area said that they were forced to close their restaurants due to the King Street pilot project and many wondered if the Wheatsheaf Tavern would face a similar fate.

However, the longstanding bar survived and is in the process of being revamped just in time for a massive St. Patrick’s Day bash. 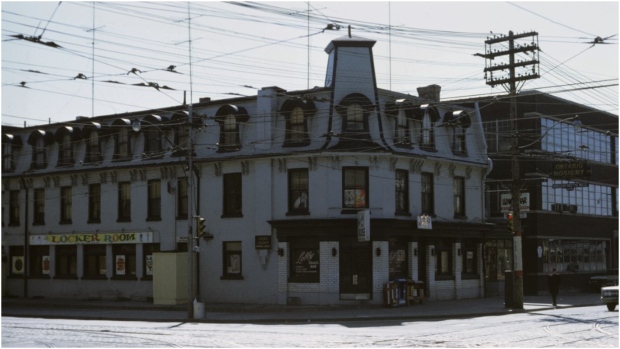 It’s unclear how much has changed on the inside of the establishment, though passersby may have noticed scaffolding and a new paint job. Solid Design Creative is behind the redesign and is responsible for restaurant interiors across the city like La Carnita, Miss Thing’s and Sweet Jesus.

“The entire space has been transformed marrying iconic elements of the historical building like exposed brick and the original decorative hammered tin ceiling at the entrance,” the Wheatsheaf said, adding that a new, permanent stage was a “long overdue” addition to the venue.

The performance space will be called ‘The Wheatsheaf Live’ and will feature live music on Fridays and Saturdays. The Wheatsheaf says that on Sundays the bar will host “locally-loved” band residencies to serve Toronto’s active music scene.

“Above and beyond the regularly scheduled music programming, the bar will host dedicated performances by a score of the most exciting acts from Canada and beyond throughout the week in the city’s oldest room.”

Those curious to see the new space or looking to grab a drink at the former King Street hangout can do so at the “St. Patrick’s Day All Stars” party. The event kicks off at 11:00 a.m. and is open to the public. 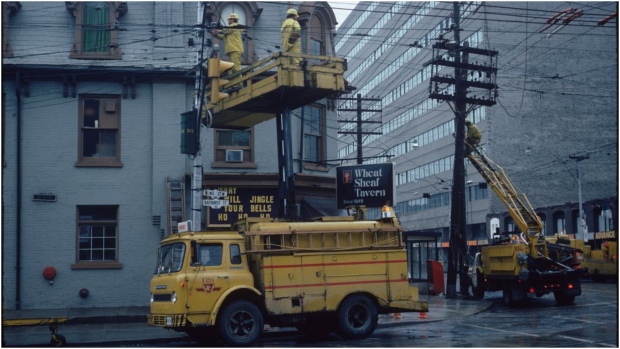