TORONTO -- 150 Harrison Street is an empty lot, in the area known as Toronto's Little Portugal.

For decades it was the home to Toronto Police's 14 Division, which several years ago moved just a few metres down the road, and more recently has been a vacant lot.

For several years, neighbours had been consulted about a new city development. The plan called for a handful of single family homes, to be run by a not-for-profit organization, and used by low-income Torontonians.

But over the past few months those plans have changed, and quickly.

"They say this buildings for the homeless?" Ermindinda Ramos told CTV News Toronto, sitting on the front porch of the Dovercourt Road home she's lived in for 51 years. 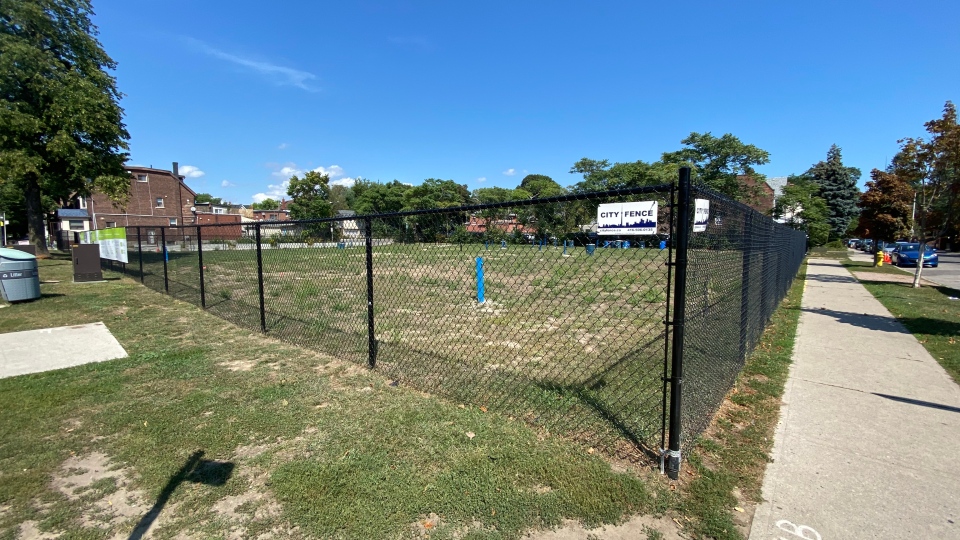 Her home is directly across from the site, and while Ramos was in favour of the low-income housing, she's not impressed with the city's change in plans.

And she's not the only one in the neighbourhood who has concerns, both over the project, and how quickly it's come together.

According to the city, the plan now calls for 44 one-room residences, with kitchen and washroom facilities. They will be built three stories high, and they will be home, for people in this city who currently don't have one.

"People in our city who have no place to stay at night can move in here, this will be their new home," said Abi Bond, the Executive Director of the city's housing secretariat. She adds " there will be supports offered as well, to help them live successfully in community."

But that community isn't sure, how a proposal that went through years of consultation, was suddenly scrapped and why the new plan hasn't featured nearly as much consultation.

According to Bond, "the city had been working with a non-profit partner for a number of years to try and move forward with a development. And when Covid came, we really were looking for ways to accelerate our supportive housing delivery and this was a really good site from a size and location perspective. So we decided to take a different approach."

But that approach isn't sitting well. Area residents say they only saw one flyer advising of two online community meetings. They also point out that the flyer was in English, while many in the neighbourhood speak Portuguese. As for the two online sessions, area resident Jessica Ennis says they didn't accomplish much.

"They held two online Zoom sessions and those sessions were in large parts hijacked by advocates coming from different places. And the people in the community didn't have an opportunity to just ask, you know, basic questions. What does this mean for our community?"

Benj Hellie from the Ossington Community Association, which has not taken a position on the matter, participated in those sessions.

"What people are concerned with now has largely to do with considerations of procedure and the kind of way that the project moved from the initiation conception, where there was going to be family affordable housing, to recently just this spring in May, the current proposal for single units."

The city says the pandemic is the reason for both the change, and the speed in which it happened.

"We have heard concerns about the process and we have moved fast. But we've done that to respond not just to the issue of homelessness but to the extra pressure that we felt from Covid as well,” Bond said.

The new development will also be constructed at a faster-than-normal rate, and that's because the building will be done in modular construction.

The units will be built in Grimsby, and shipped to Toronto, where they will be built on both Harrison Street, near Dovercourt and Dundas, and on Macey Ave, near Victoria Park and Danforth.

At the Macey Ave. site, work has already begun as crews could be seen removing large amounts of soil from the sloped property. The city hopes that the homes will be ready for occupants as early as this fall. But area residents remain uneasy about the development.

Ennis says this isn't a case of NIMBY-ism, that residents in this neighbourhood originally supported a plan for low-income housing, a plan that they were consulted on over a number of years. But she says many here are worried about what the new development will do to the neighbourhood.

"You can support affordable housing and also have questions about safety. Those two things can go together."

The city says the new developments will be staffed 24/7, with supports for residents available. They also plan to have a community liaison committee, made up of community members, city officials, development officials, area business owners, and Toronto Police. But, Bond admits that committee may not be up and running until this fall, shortly before the new neighbours are scheduled to move in.

"We'll be working really hard to make sure this is a safe community inside the building and contributes greatly to the broader community."