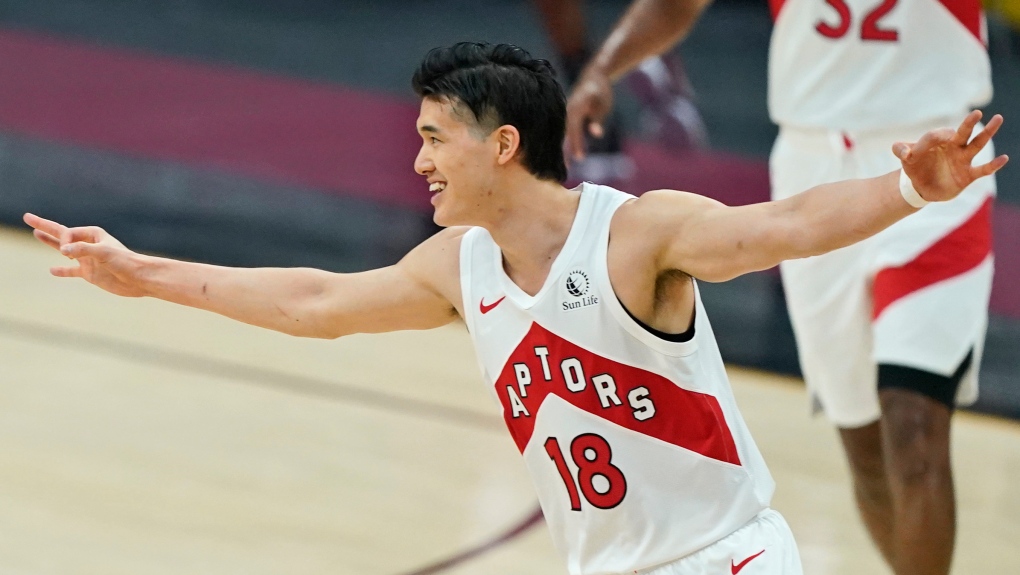 Toronto Raptors' Yuta Watanabe celebrates a three-point basket in the first half of an NBA basketball game against the Cleveland Cavaliers, Saturday, April 10, 2021, in Cleveland. The Toronto Raptors have signed Watanabe to a standard NBA contract. THE CANADIAN PRESS/AP Photo/Tony Dejak

The six-foot-nine, 205-pound native of Yokohama, Japan is averaging four points, 3.3 rebounds and 13.4 minutes in 39 games (one start) as a two-way player with the Raptors this season.

Watanabe recorded a career-high 21 points in Toronto's 113-102 win over Orlando on Friday.

Watanabe spent the previous two seasons as a two-way player with Memphis.

He played collegiately at George Washington (2014-18), where he was named Atlantic 10 defensive player of the year as a senior.

This report by The Canadian Press was first published April 19, 2021.