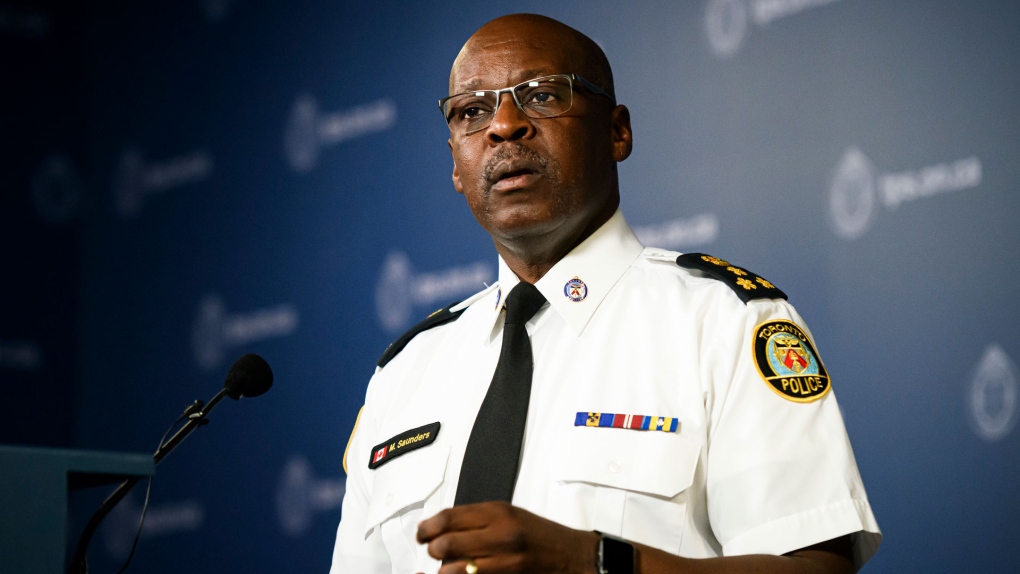 TORONTO -- Toronto police said Thursday several of its officers were using a facial recognition software that has been under scrutiny due to privacy concerns.The use of the software, without the police chief’s knowledge, had gone on for months.

“The Chief directed that its use be halted immediately upon his awareness, and the order to cease using the product was given on February 5, 2020,” Gray said.

It is not immediately known how and when Saunders became aware of the testing.

According to its website, Clearview AI offers law enforcement a tool to search a trove of public images that it has collected from the internetto help withinvestigations.

The company, which was founded in 2017 by Richard Schwartz and Hoan Ton-That, became a subject of a New York Times report last month, revealing that more than 600 law enforcement agencies, as well as a handful of companies, have been using Clearview.

“The tool could identify activists at a protest or an attractive stranger on the subway, revealing not just their names but where they lived, what they did and whom they knew,” the Times reported.

In May of last year, it was revealed that Toronto police have had access to facial recognition software different from Clearview. It uses the TPS database of approximately 1.5 million mugshots, a small number compared to the three billion photos Clearview has amassed, to find a possible suspect from a surveillance camera or witness image.

When asked if the tool has been used to make an arrest in the past four months, Gray said they are still gathering more details.

Gray said they have requested the Information and Privacy Commissioner and the Crown Attorney’s Office work withpolice to review the technology as an investigative tool.

“Until a fulsome review of the product is completed, it will not be used by the Toronto Police Service.”