TORONTO -- Police say an armed suspect was arrested in Etobicoke Saturday morning after he allegedly fled from officers in a stolen car, crashed into a parked vehicle, and shot at the windows and door of a locked office building to try to get inside.

Officers were called to the area of Kipling Avenue and Bloor Street West at around 2:10 a.m. for reports of a person with a gun.

According to police, when officers arrived on scene, the armed suspect carjacked a vehicle and fled the area. 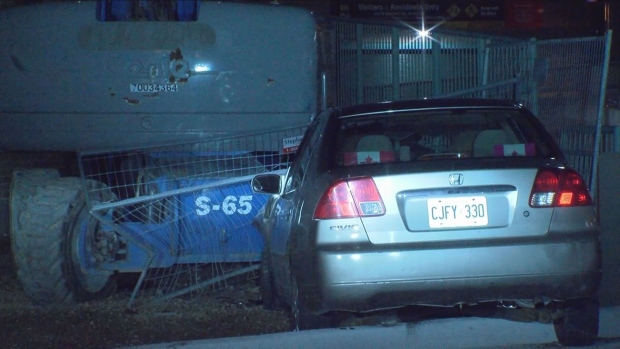 While operating the stolen car, police say, the suspect crashed into a parked construction vehicle in the area of Subway Crescent and Dundas Street.

Police allege the suspect, who was still in possession of a firearm, fled the scene on foot.

He later attempted to enter a building at 5343 Dundas Street West but could not get inside as it was locked, police say.

Investigators allege that the suspect then started firing multiple shots at the windows of the building so he could reach inside and open the door.

Officers who responded to the area said they could hear gunshots as they approached.

Police say the officers formed a perimeter and subsequently arrested the suspect.

The man sustained minor cuts to his arm from the door he damaged, police say. 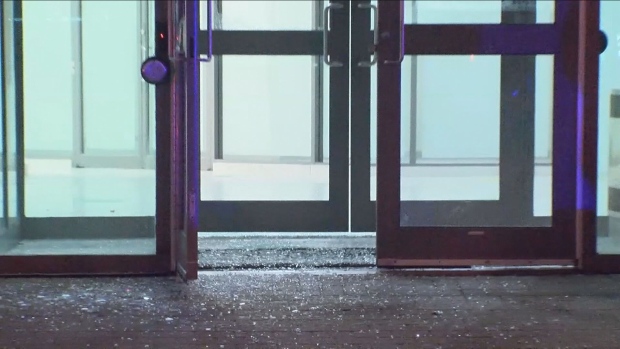 The officers, who were not injured, recovered a semi-automatic pistol at the scene.

In an update on Saturday night, police identified the suspect as 22-year-old Ismail Patel, of Hamilton.