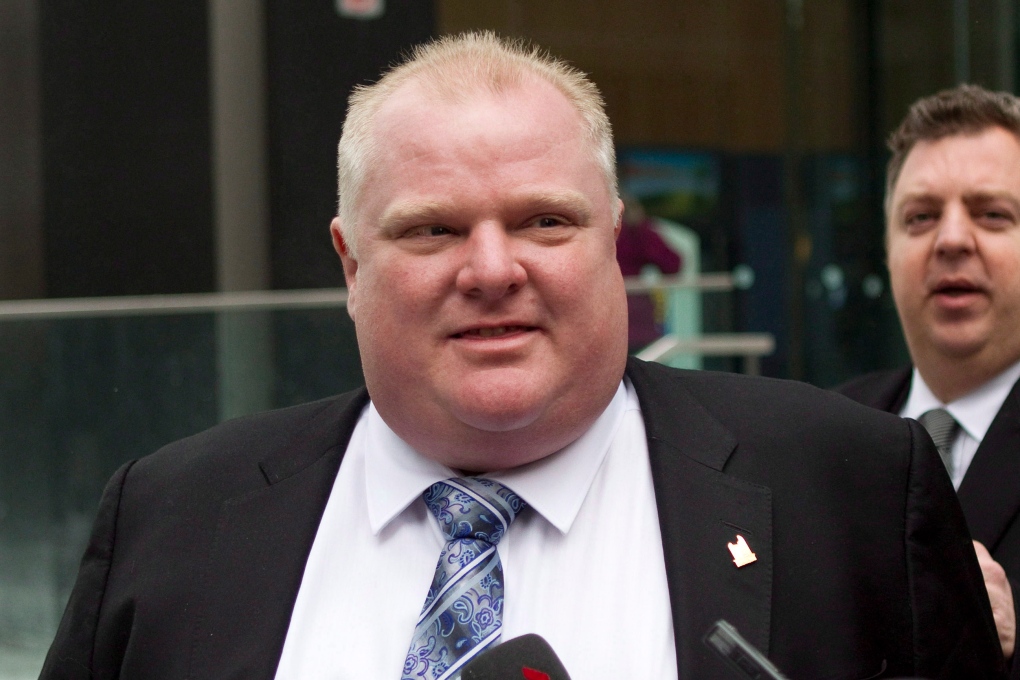 Toronto Mayor Rob Ford will officially return to work the afternoon of June 30.

Toronto Mayor Rob Ford will officially return to work the afternoon of June 30.

The city clerk has received an official notice that Ford's intended return date is June 30, after 1 p.m.

"Please make the necessary arrangements for my office locks to be restored to their state prior to my departure," the letter from Ford said.

The letter is dated June 2, but the clerk didn't receive the letter until Monday.

The embattled Toronto mayor has been at GreeneStone rehab facility in Bala, Ont. since he announced he was taking an immediate leave of absence on May 30.

Ford's leave coincided with the release of a new video allegedly showing him smoking from a pipe. The video has not been viewed by CTV News.

On the same day, an audio recording surfaced of a man who sounds like Ford making inappropriate comments about mayoral candidate Karen Stintz.

During his time in rehab, the mayor has been making and receiving phone calls and has also been spotted off the addictions centre campus, taking photos with supporters.

Coun. Doug Ford previously told CTV Toronto that the mayor plans to leave rehab on June 30, at around noon.

Ford’s schedule now means he will miss World Pride, an international event that promotes lesbian, gay, bisexual and transgender communities. The event is being held in Toronto for the first time this year, wraps up on June 29.

Ford will be back on the job in time to take part in Toronto's Canada Day celebrations. 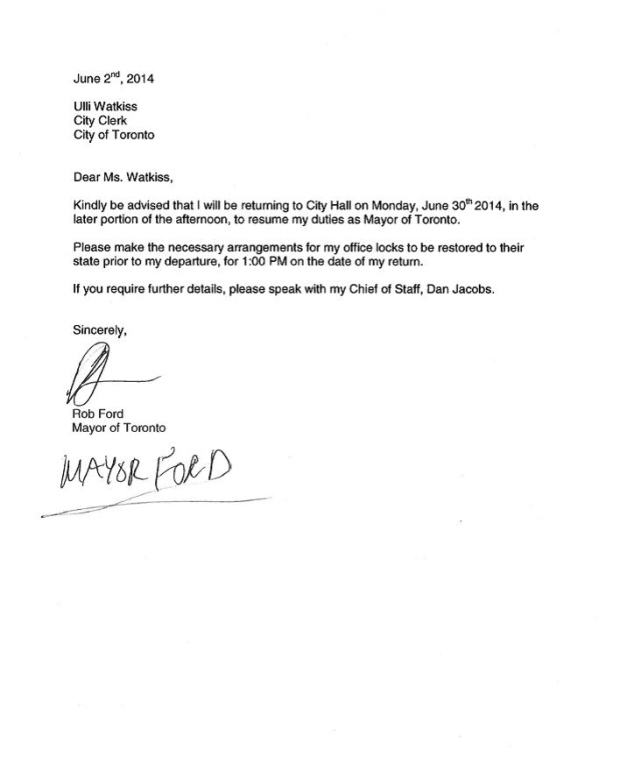