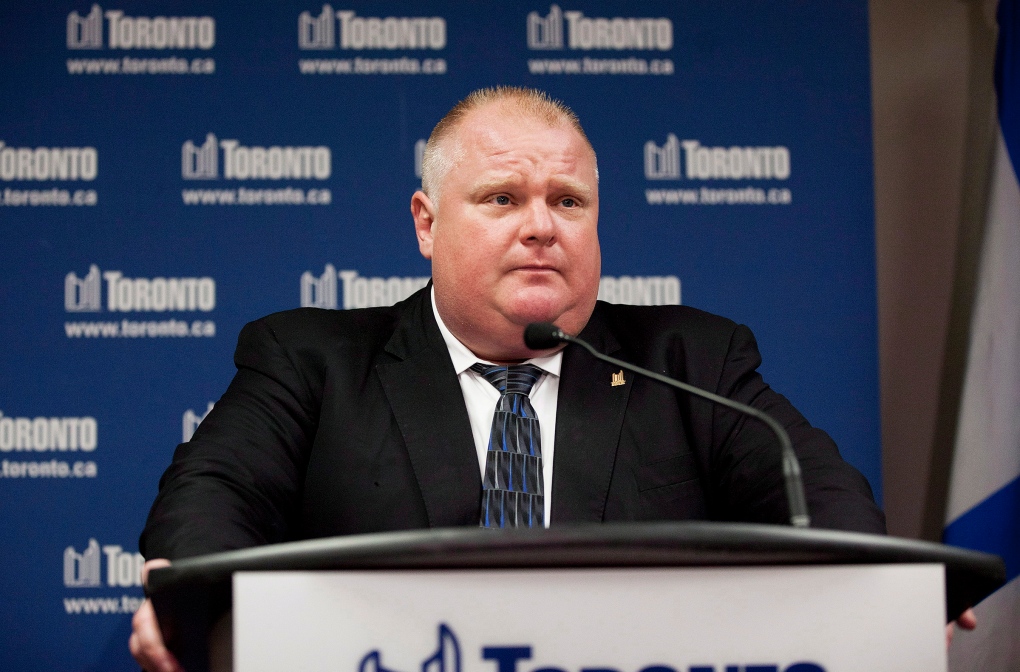 Toronto Mayor Rob Ford answers questions about the three new staffers he has hired at a press conference at city hall in Toronto on Friday, May 31, 2013. (Michelle Siu / THE CANADIAN PRESS)

The flood-stricken City of Calgary is receiving support from all across Canada – and Toronto is no exception.

As residents and officials deal with the flooding that has overwhelmed southern Albert, Toronto Mayor Rob Ford has pledged his support for Calgary and the city’s mayor, Naheed Nenshi.

“City staff have already contacted their counterparts in Calgary to support them in any way possible,” Ford said.

Calgary has been under a statement of emergency since Thursday night after rising floodwaters turned much of the downtown core into a ghost town. Approximately 100,000 people are expected to have to evacuate their homes.

States of emergency are also in place in 12 other Albertan communities, including Canmore and High River.