TORONTO -- A 24-year-old man is dead after a flying wheel struck his vehicle while he was driving on a major highway in Toronto.

According to Ontario Provincial Police, a wheel of a trailer that was being towed by a pickup truck travelling westbound on Highway 401 around McCowan and Markham roads detached and crossed over into the eastbound express lanes.

The wheel struck another vehicle, police said, and the male driver died as a result of injuries sustained in the crash.

Police have since identified the victim as Toronto resident Christian Romero-Mancilla.

OPP Acting Sgt. Dan Hunter said that the wheel must have been airborne as there was little damage to the front bumper of the car. 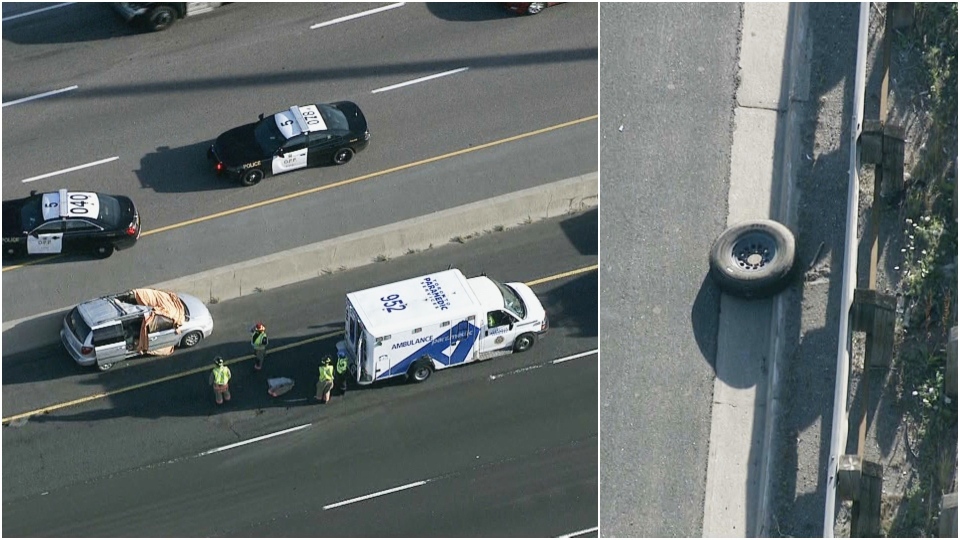 According to Hunter, inspectors are examining the truck and trailer to look for potential defects. He also said it appears as though some of the wheel studs had snapped off the trailer and that the others still intact were in poor shape.

“The wheel fasteners appear to have been loose for a period of time and it worked around the holes in the wheel rim itself to makes those holes larger than they ought to be and that working back and forth has snapped the wheel studs off.”

He added that it would have been nearly impossible for the driver of the minivan to avoid colliding with the flying wheel.

“When [wheels] do come off, they’re travelling at highway speed, just the same as the vehicle,” Hunter said. “If they manage to get off into the opposing lane of traffic, into the oncoming traffic, its closing speed is twice what it should be.”

“So your reaction time is very, very short, if you have any time at all, to take evasive action.”

The investigation is ongoing, but police said “it is likely” that charges will be laid under the Highway Traffic Act.

“There are charges under the Highway Traffic Act for losing parts of any motor vehicle,” Hunter said. “There's a charge specific to losing a wheel from a commercial motor vehicle and that would be the applicable charge in this scenario because it was the wheel itself from the fasteners that failed.”

Hunter said that the truck driver pulled over a short distance from where the incident occurred and is speaking with investigators.

“However we are still looking for any witnesses or anyone with dashcam footage,” he said.

Hunter also urged all drivers to inspect their vehicles and equipment before getting on the road, "even if it is just a visual check."

"The wheel that came from that (trailer) is not much bigger than a passenger tire," he said. "It really goes to emphasize that anybody's wheel if it comes off can do this kind of damage if gets hit just right and that's exactly what happened today.” 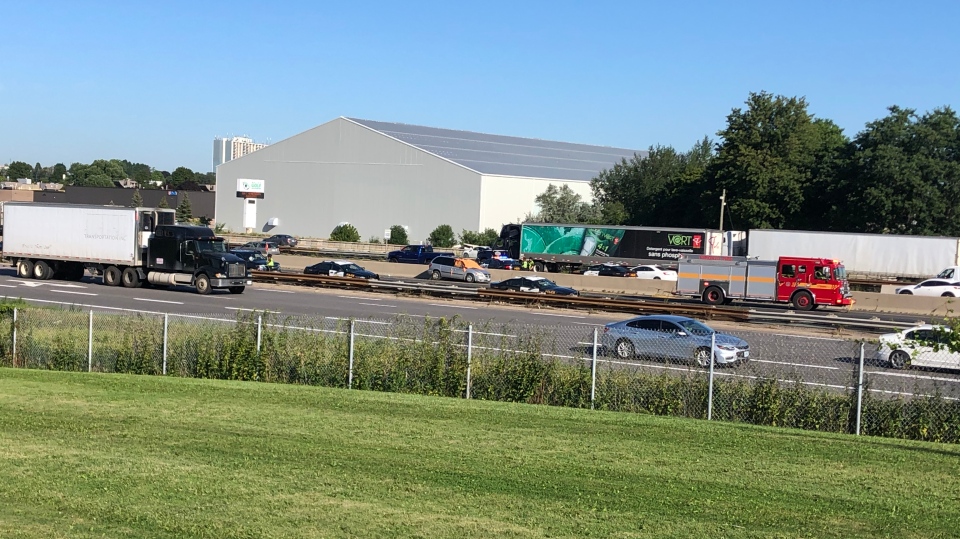