TORONTO -- The pandemic has ended the sweet sounds of a live show inside a room packed with fans and replaced it with a precarious situation for dozens of music venues in the Greater Toronto Area.

“My whole life has changed and not for the better. It’s really a culture shock in every way,” Jeff Cohen, the majority owner of Lee’s Palace and Horseshoe Tavern, told CTV News Toronto.

Cohen, who has been involved in the music scene for decades, started a group holding business survival meetings with other venues to compare financial notes and avoid bankruptcy.

“It’s a really dire situation. Most no longer have any money in the bank. Even if our businesses were really well run,” he said.

In the Toronto area, the Canadian Live Music Association said between five and 10 venues have closed in the pandemic, and that number is expected to grow.

The association and Cohen said federal financial supports including a $20 million fund for the live music industry, along with a City of Toronto program to cut some venues’ property taxes in half have been very helpul — but the future still remains uncertain.

“It won’t solve all the problems,” said Erin Benjamin, who is the association’s president. “How long can one sustain a company, a small business, a medium business, even a large business, with zero revenue.”

In the long-term, Benjamin said the loss of live venues has an even wider economic, social and cultural impact. She said it plays an essential role in the career development of local artists and their influence on the desirability of neighbourhoods. 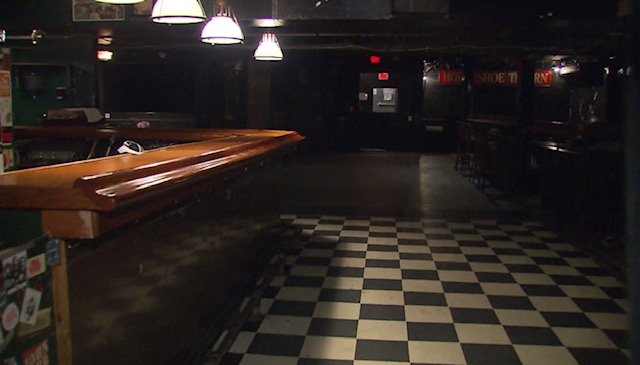 Under Stage 3 of Ontario’s reopening plan, gatherings can include up to 50 people indoors with the two-metres physical distancing requirement remaining in place.

Cohen said even when Toronto does advance to Stage 3, Lee’s Palace and the Horseshoe Tavern still can’t open for shows.

“Nor do we feel comfortable with plexiglassing [on the] the stage, like it’s like a human a aquarium,” Cohen said. “It doesn’t make any sense. We don’t even know any local bands that want to play for 50 people.”

Cohen believes surviving clubs are the ones with good landlords. Ultimately, he said if they don’t have empathy about rent, the live music venues will be gone.