The Ontario Convenience Stores Association says it expects thefts of tanks of gasoline to rise in tandem with the increasing cost to fill-up.

The owner of a number of west Toronto gas stations, who did not want to be identified, figures "drive off" thefts have doubled in recent weeks.

Jenish Patel, an attendant at a station near Dundas Street West and Kipling Avenue, said they noticed a change after the 11-cent hike over the weekend.

Since last Wednesday, the cost of gas in Ontario has jumped 24 cents per litre to record-breaking gas prices. Prices are expected to soar at least six more cents this week, pushing prices at the pump closer to $2 per litre.

It can be a crime that's hard to watch for owners and gas station workers.

"I get scared," Patel said. "Even being so attentive, I don't want people to drive off, particularly on my shift."

The Ontario Convenience Stores Association and the Ontario Association of Chiefs of Police are hoping to revive efforts to make pre-paying for gas mandatory; something Alberta and British Columbia have already done.

It is an effort that goes back at least a decade, most recently in the form of a private members' bill by Progressive Conservative MPP Deepak Anand. The bill stalled at the committee level.

"We've had two of our employees killed in the last eight years and one customer. And we just don't want to see another death," Bryans said. 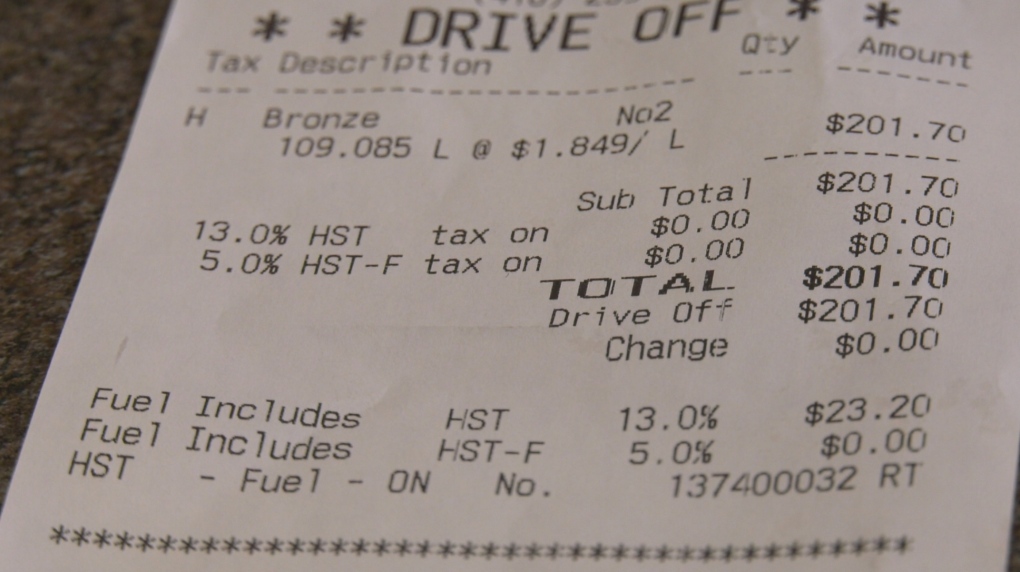 The Ontario Association of Chiefs of Police is concerned about public safety and the cost of gas thefts.

"An incredible amount of time and money is spent and wasted on police officers responding to these calls," says the association’s executive director Jeff McGuire.

Toronto police told CTV News Toronto on Tuesday that they have not noticed a notable increase in the "theft of gas occurrences" in the west end of the city.

Bryans says it's the gas station owners who carry the burden of the thefts, adding that, "Those families are the ones stuck paying for the losses."

Israel and Palestinian militants in the Gaza Strip appeared headed toward a cease-fire Sunday night after Egyptian officials said both sides agreed to a truce to end a three-day flare-up of violence that has killed dozens of Palestinians.

China keeps up pressure on Taiwan with 4th day of drills

China said Sunday it carried out its fourth consecutive day of military drills in the air and sea around Taiwan in the wake of U.S. House Speaker Nancy Pelosi's visit to the self-ruled island, despite international calls to calm the tensions.

Four more ships carrying agricultural cargo held up by the war in Ukraine received authorization Sunday to leave the country's Black Sea coast as analysts warned that Russia was moving troops and equipment in the direction of the ports to stave off a Ukrainian counteroffensive.