Toronto didn’t lay a single COVID-19 fine in August, despite more than 400 complaints 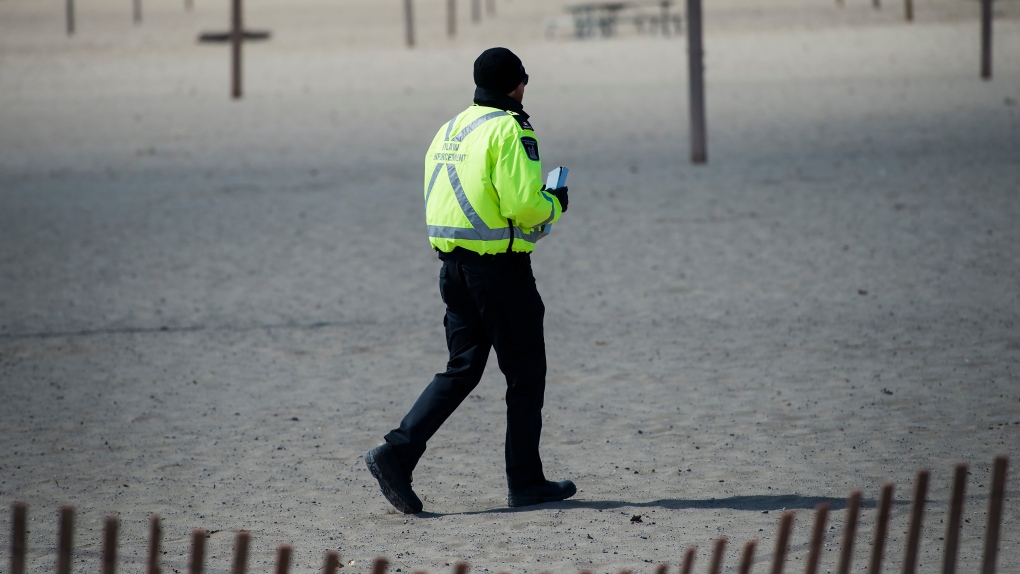 TORONTO -- Toronto bylaw officers have not laid any charges in connection with COVID-19 violations over the last month, despite receiving more than 400 complaints.

The data, which was obtained from the city by CTV News Toronto, shows that between Aug. 1 and Sept. 13, the city received 136 complaints about people gathering indoors. The current rules specify that up to 50 people can get together inside, but they must remain a physical distance of two metres.

An investigation into the complaints resulted in 41 “notices” by enforcement officers. The city said that notices were sent to properties with two or more complaints.

If a complaint did not result in a notice, education or a charge, “then no violation occurred,” the city said. “All complaints are typically investigated regardless of occurrence.”

There were 100 complaints within that one-month time span regarding large gatherings outside in parks.

The city said that enforcement officers provided “education” in 105 incidents, but did not issue any warnings, notices or tickets.

Eight notices were issued for business-related COVID-19 bylaw violations and 11 people were educated. A little more than 200 complaints were made in this category.

An individual is only fined if they are charged for violating the bylaws, the city said. Fines for violating a provincial order under the emergency measurements can range from $750 to $100,000, including up to one year in jail.

Toronto Public Health, on the other hand, said they laid 10 charges in relation to COVID-19 violations. Nine of the charges were laid on bars and restaurants while one was a grocery store.

The city later clarified that they have, in fact, issued 42 tickets “related to parks.”

The data was obtained as the Ontario government considers restricting public gatherings yet again and issuing “severe fines” to anyone who ignores the public health guidelines.

The province increased the social gathering limits in mid-July to allow up to 50 people to gather indoors and 100 people to get together outdoors. Since then, officials have reported large parties and gatherings in parks, especially in hotspots such as Toronto.

On Tuesday, sources told CTV News Toronto that the mayors of Toronto, Brampton and Ottawa raised concerns about the current gathering limits and that was what led to the provincial government considering changes.

Since the pandemic was declared, the City of Toronto has received more than 27,000 complaints related to COVID-19. In total, they have issued 1,387 tickets.