TORONTO -- In a year that has been difficult for so many, Fatima Molu and her children found themselves thinking of less-fortunate families in their community.

“We’d have these great dinner conversations about what’s going on in the world, and then they would end because there wasn’t anything actionable that we could do,” Molu tells CTV News Toronto. “So we sat down and we all came together as a family and we decided that this would be a great organization to put together.”

The organization they put together is called Kids Who Care International and it focuses on kids getting creative with fundraising.

“It’s putting kids in the driver’s seat, basically,” Molu explains. “They get to pick their fundraiser, how they want to raise their funds, the people they want to ask.” 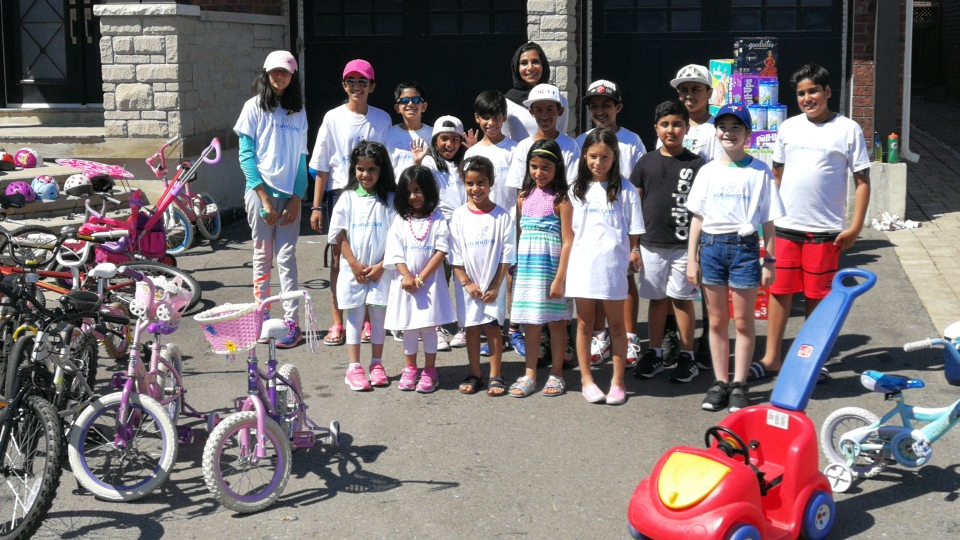 They came up with two fundraising “missions” – one being a bicycle drive. Before long, dozens of children in the community were helping collect for the cause.

“We donated bikes for kids who have nothing to do during COVID,” says Ariana. “And as part of that, we’re also washing them and cleaning them up and tuning them up to make sure they’re in great condition.”

“Because some kids don’t have everything that we have,” Leah adds.” And at least maybe they can have some joy.”

Molu encouraged her children to create videos to spread the word about their mission and start collecting donations.

“It’s amazing,” Ali tells CTV News Toronto. “To be a part of all of this, it’s an amazing opportunity.”

The other fundraising mission Kids Who Care International initiated was to make a donation of baby items to the Weston King Neighbourhood Centre.

“We realized that there’s a definite need,” says Molu. “Sometimes you need to get out of your own bubble to see what’s out there.”

The money raised for the donations was done so in a series of creative ways by the kids involved, such as selling homemade bracelets or personal artwork.

“I had a little girl make gum packets and she sold them for $1.50,” Molu explains. “She made her little gum packets, she raised her funds, and she provided. She felt accomplished, and she’s helping other people. So it’s definitely a win-win.”

For the kids involved, giving back to the community they live in makes the “feel great.” 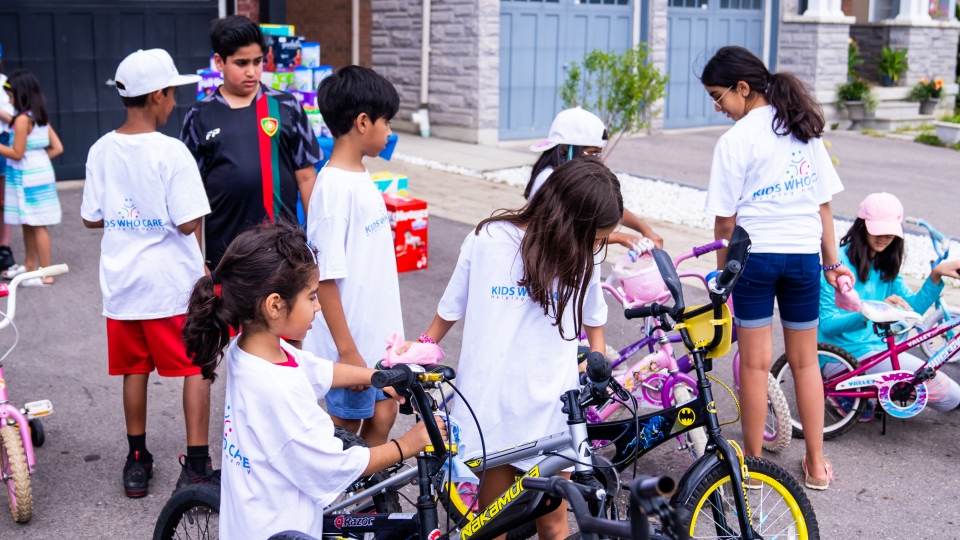 “It makes me feel great to help others and know that I’m making a difference to those who are less fortunate,” says Ariana.

“We’re helping people that are in need of things, and it’s something for them to do in COVID,” adds Aidan, referring to the bicycle drive.

Molu says Kids Who Care International has helped her children’s sense of empathy, especially during a difficult time for many. She says it’s also teaching them that they can do something to help.

When kids are presented with the options to do good and to volunteer and to help out they will do it,” she says. “But it’s our job as parents to present them with that opportunity.”

“Every child had something to offer, and every kid can do that in every part of Toronto. “

Kids Who Care Chapters have now been started in Orlando, Edmonton and the U.K.