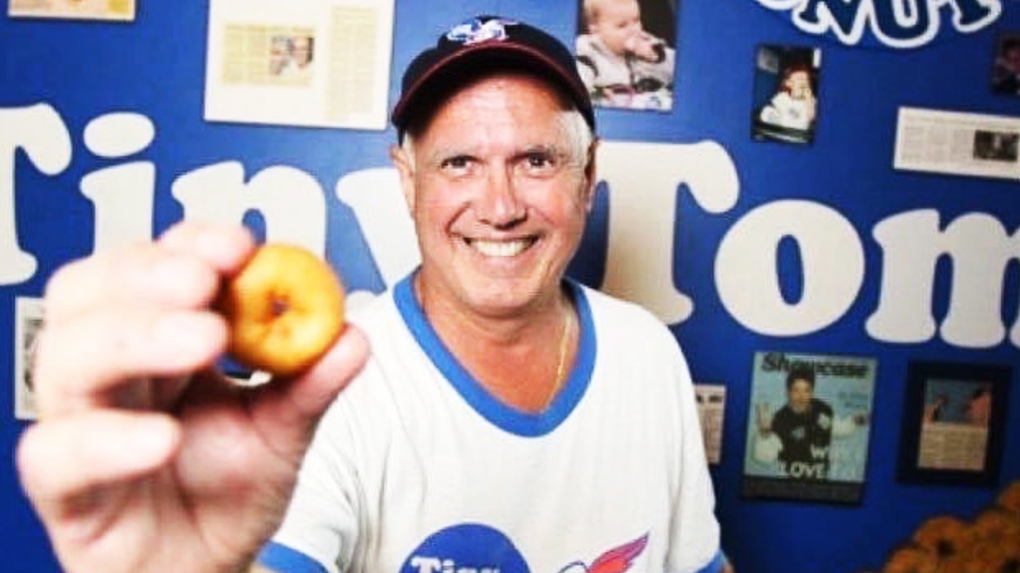 "It's with great sadness that we share the passing of a beloved figure in the City of Toronto," a statement on the Tiny Tom Donuts Facebook page said Wednesday. "Tom was beloved by all who were blessed to know him."

Brazier had been dealing with numerous health issues for the past few years and died on Tuesday afternoon, the family told CTV News Toronto.

The deep fried bite-sized donuts have been served up at the CNE for 60 years and at Canada’s Wonderland for 27 years.

According to the statement, the Brazier family will continue to carry his legacy and are "looking forward to serving you his famous Tiny Tom Donuts again soon."

Hello Friday. So happy to breath your fresh air. We are set up at @whitbyribfest today and all weekend as well as the @tasteofthelawrence too!! #sweetweekend #torontotradition #whitby #lawrence #donuts

There has already been an outpouring of love for Brazier since the announcement was made on social media Wednesday morning.

"Tom had such an infectious warmth and zest for life. He made people feel better just by being in his presence," one person wrote on Facebook.

"During my years working for Tom I learned so much about hard work, customer service, loyalty and honesty," another person said. "His beautiful smile will be missed."