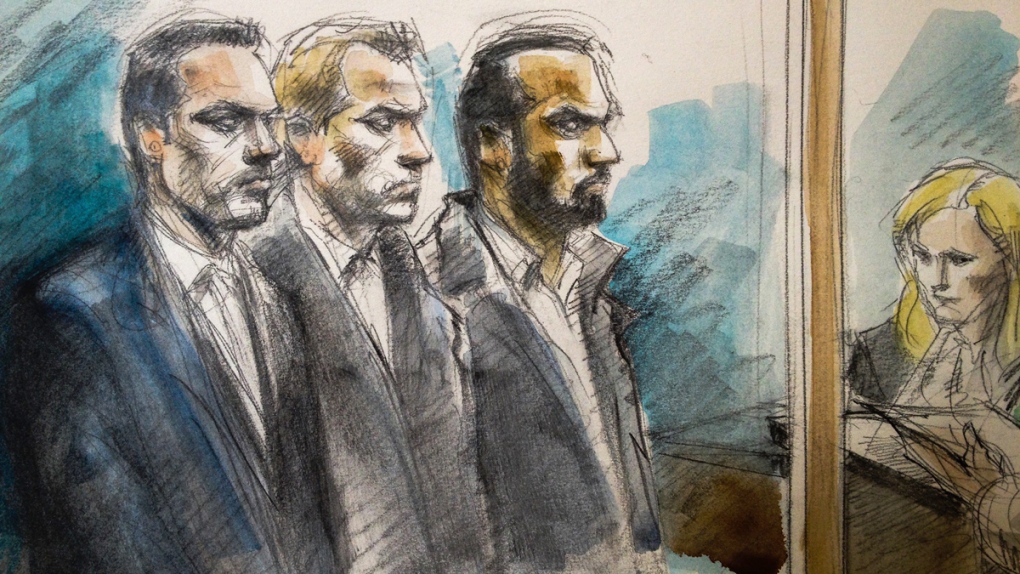 TORONTO -- ​​Three Toronto police officers who were acquitted of sexually assaulting a parking enforcement officer in a hotel in 2015 have also had their Police Services Act (PSA) charges dropped in court.

Nearly five years after the alleged sexual assault took place, the charges laid under the act — legislation that governs police conduct in Ontario — were withdrawn because the complainant did not want to "participate in the process," a lawyer for one of the officers told CTV News Toronto.

“It’s entirely understandable that the complainant or survivor would decide that she wouldn't want to go through it once, let alone twice,” said Pam Hrick, Executive Director and General Counsel of Women’s Legal Education and Action Fund.

York Regional Police, which was overseeing the investigation as an arms length agency, confirmed the charges were withdrawn Monday.

The criminal defence lawyer representing Constable Sameer Kara, one of the officers charged, said that had the PSA hearing continued, "he would have been once again found not guilty of any misconduct."

“My client has been subject to a cloud of suspicion and wrongdoing for too long,” Michael Lacy said. “Like anyone found not guilty he is entitled to move forward with his life.”

In 2017, Constables Kara, along with Leslie Nyznik, and Joshua Cabrero, were acquitted of sexually assaulting a female colleague after a judge said she was not able to clearly grasp whether the complainant consented to having sex with the three men in the early morning hours of Jan. 17, 2015.

The night of Jan. 16 was said to be “rookie buy night,”according to court proceedings, which included drinking at two bars and a strip club. At the end of the night, the officers and the complainant ended up in a hotel room at the Westin Harbour Castle, which was rented by one of the officers.

There, the complainant, who cannot be identified under a court ordered publication ban, said she was sexually assaulted by the three officers.

"I was powerless, I couldn't move, I couldn't talk, I couldn't stop what was happening," she testified in the 2017 criminal trial.

However, Ontario Superior Court Justice Anne Molloy took issue with the “reliability” and “credibility” of the complainant’s testimony.

Molloy identified “inconsistencies” in the complainant’s testimony, such as the amount of alcohol she drank and called her memory of the events that unfolded “patchy.”

While the complainant said she was unable to speak, move or see, the judge said in the criminal trial that video surveillance of her getting out of the cab “paint[ed] a completely different picture.”

“When someone comes forward to make a criminal complaint in a tribunal process, we ask a lot of the person who has experienced sexual violence to hold alleged perpetrators to account,” said Hrick.

Hrick pointed to the “high burden” of evidence required in a criminal trial involving sexual assault charges, which often results in a “large number” of cases not going to trial at all. “It’s a very high threshold,” she said.

“Testifying in a criminal or tribunal proceeding about sexual assault can be a gruelling and traumatic experience,” Hrick said.

The three 51 Division officers remain suspended with pay while Toronto police reviews the withdrawal of the charges, according to a spokesperson.

With files from Codi Wilson.