TORONTO -- Three pedestrians were struck in the aftermath of a two-vehicle crash in North York on Friday morning.

Emergency crews were called to the area of Yonge Street and Park Home Avenue, north of Sheppard Avenue, at around 8 a.m. for a report of two people being struck by a vehicle.

“The initial reports were that there were two pedestrians that were struck,” Toronto police Const. Alex Li said. “When our officers arrived on scene, they identified a third victim.” 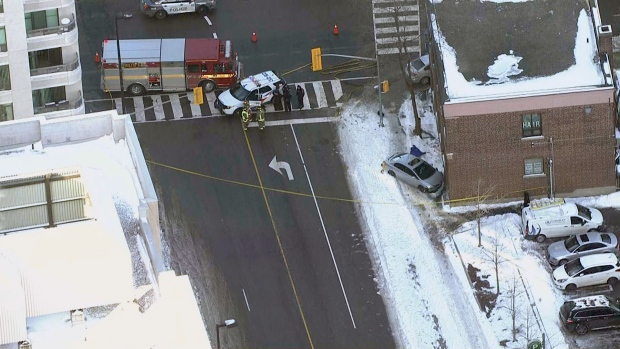 Toronto paramedics confirmed an adult female and an adult male were transported from the scene of the crash to a trauma centre with serious but non-life-threatening injuries.

The third pedestrian was assessed by paramedics at the scene before being transported to a local hospital with serious but non-life-threatening injuries.

Police said information from the scene suggests that two vehicles collided at the intersection, causing both to veer off of the roadway. After the pedestrians were struck, one of the vehicles involved in the incident rolled over, struck a gas line and then crashed into a nearby building. 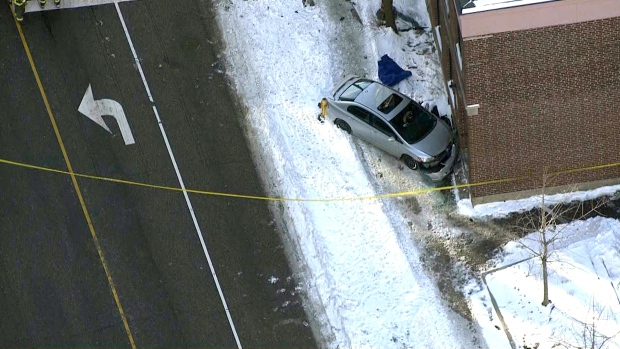 The drivers of both vehicles remained at the scene, according to Li. It is not clear if they sustained any injuries in the incident.

The cause of the crash is not yet known.

Gas leak in the area

Officers at the scene “advised there is a gas leak now as a result of the collision,” Toronto police said.

Roads were blocked off nearby and officers were advising drivers and transit users to expect delays in the area but they have since reopened. 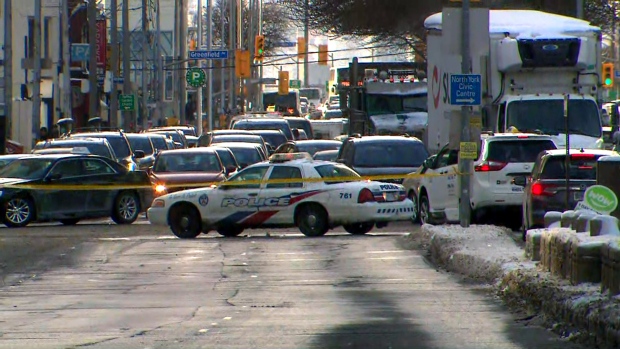