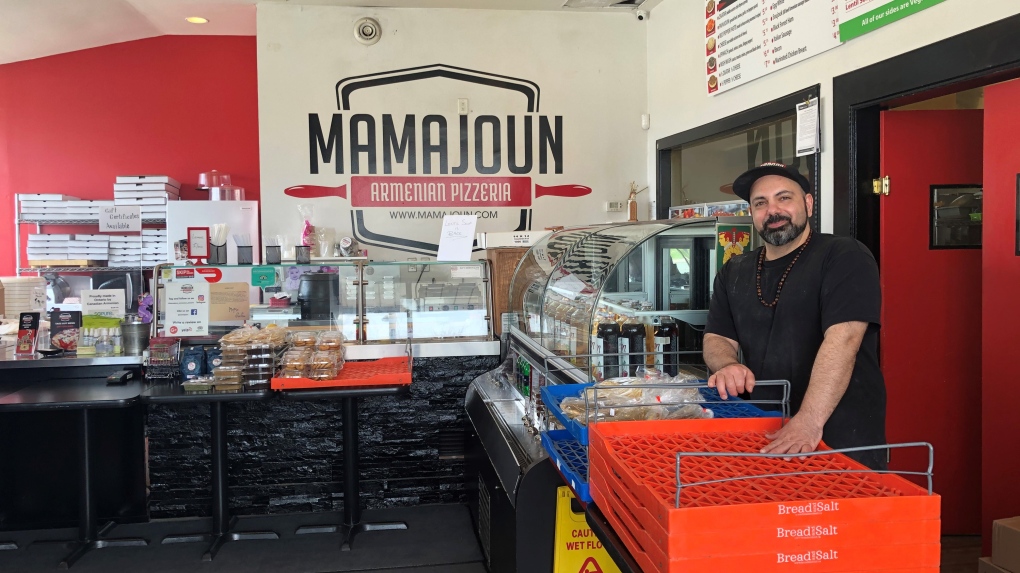 For some, comfort food is a grilled cheese oozing with cheddar plunged into ketchup or a bottomless bowl of steaming hot ramen. For others, it’s lahmajoun.

While lahmajoun shares the characteristic of a dough base with Italian pizza, its overlap ends there.

With lahmajoun, the dough is dusted with flour, soft to the touch, but crispy around the edges. Spiced meat is carefully patted across the surface, only leaving the outer edges of the dough naked. To eat, lemon juice is squeezed on top before the dough is butterflied inward. 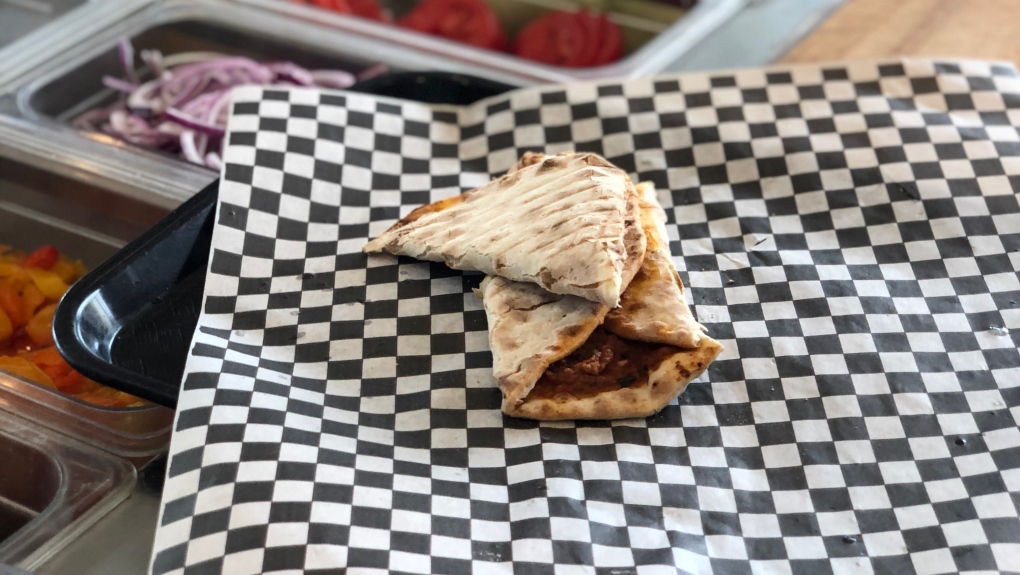 Mamajoun (CTV News Toronto/ Hannah Alberga)His family's lahmajoun recipe dates back nearly a century to two bakeries his grandfather owned in Lebanon and Syria. At the time, the dough was mixed and portioned by hand before it was thrust into a wood-fire oven.

Growing up, Boudakian’s mother mixed the meat while his father opened the dough and evenly spread the mixture across the base. Since they could only fit three or four in the oven at a time, the process was a day-long affair.

At Mamajoun, Boudakian has commercial mixers to expedite the lengthy process, but he still spreads the spiced meat by hand, pressing it with his fingertips until the mixture is evenly distributed. Each movement is a purposeful, artistic act. 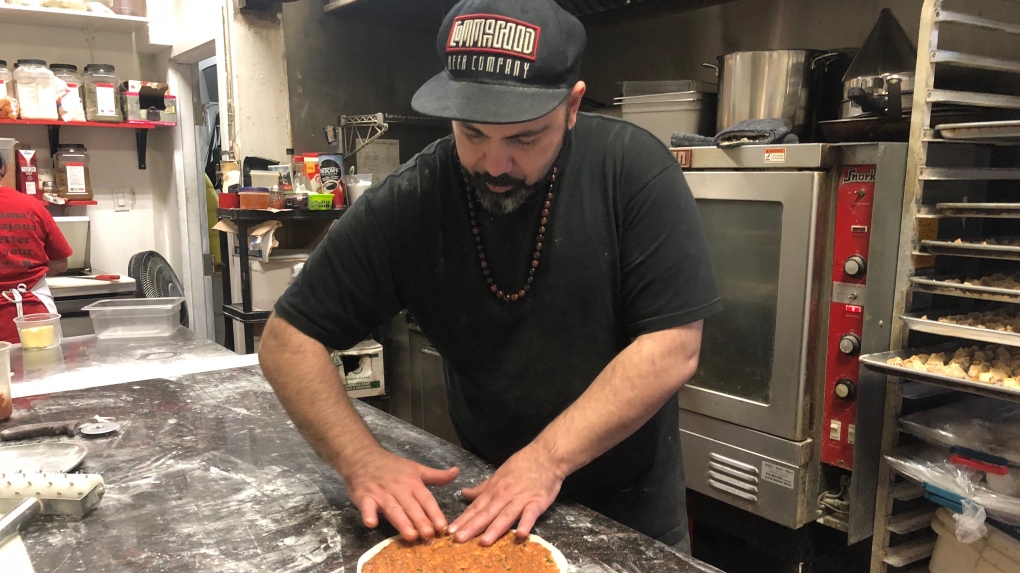 Mamajoun (CTV News Toronto/ Hannah Alberga)The name of his establishment, Mamajoun, is an ode to his late mother by binding “Mama” with the “joun” from lahmajoun.

“If my mom was still alive right now, she would be losing her mind. The last thing she would want me to do is open a restaurant,” he said.

Despite her disapproval, he opened the doors of their space at Warden Avenue and Ellesmere Road in 2014 with his wife Natasha Koumayan.

“When you’re joining a family-run business, all your eggs are kind of in the same basket,” Boudakian said. “This last year has been the toughest because it’s been one after another, every time I go to buy something,” he said.

Before pandemic-era disruptions strangled supply chains, Boudakian said he paid $75 for a pale of tahini. Now, that cost has climbed to $95. He said a bag of flour that once cost him $13 is now $22. “When you go through 25 bags a week,” he said. "It really, really adds up.”

Until three months ago, he resisted hiking his prices but it became impossible to hold them down. “Constantly, prices are going up. I can’t change the price of my food at that same rate,” he said. 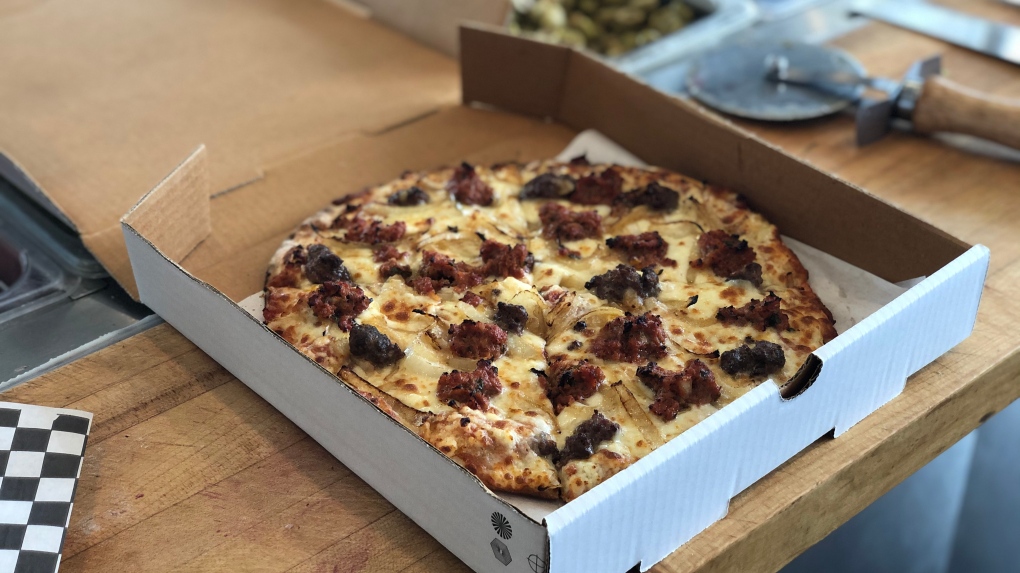 Mamajoun (CTV News Toronto/ Hannah Alberga)To survive, he started venturing outside of his own establishment to showcase his food at other venues like the Oud and Fuzz in Kensington Market to attract new customers.

Some days, he said he questions if he should have travelled down the path his mother warned him against. “[But] then you have a family come in and they have a little kid and they love your food and they tell you that,” Boudakian said.

“You’re touching families and people come together at a table and you are supplying them with the food and they are having their moment and you’re part of it, even though you’re not actually there, but a little part of you is there. I guess that’s what makes it worthwhile.”