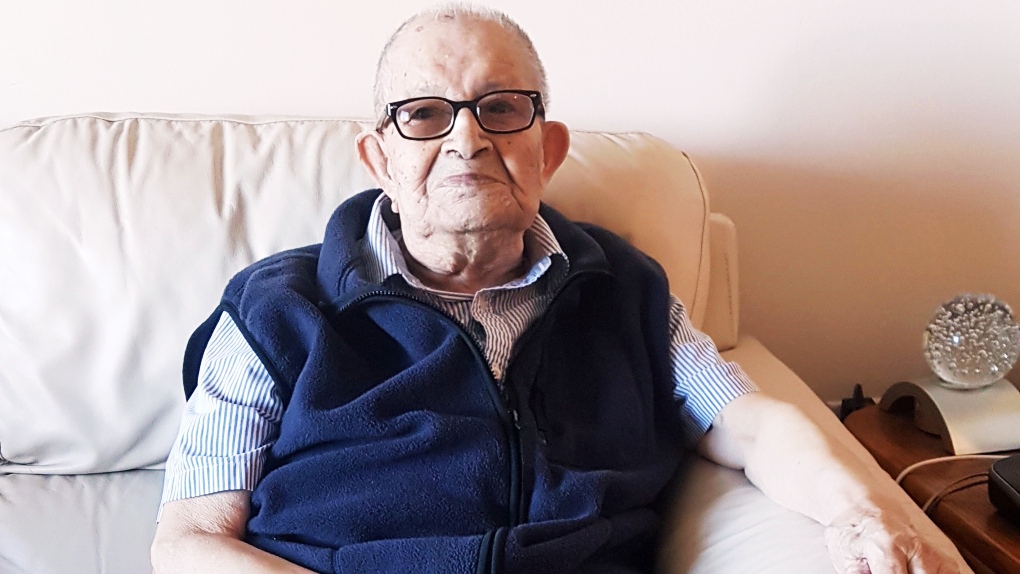 Toronto resident Justiniano Anibal Ulloa, who is 101 years old and beat COVID-19, sits in his Scarborough home on April 20, 2020.

TORONTO -- A 101-year-old Ontario man with failing lungs has managed to beat the deadly novel coronavirus despite doctors predicting he would not make it through.

Scarborough resident Justiniano Anibal Ulloa was diagnosed with COVID-19 in late March, and was admitted to hospital shortly after due to severe difficulty breathing.

His son Marcelo Vinicio Ulloa told CTV News Toronto that his father’s family doctor warned them that his lungs were in “terrible condition” and may not make it through the disease.

“They basically told us that he didn’t have very long to live … but my father kept saying he was fine, but he always says he’s fine,” Marcelo said. “I knew he was looking weak, his face was different, his eyes looked different, he looked sick but he kept saying he’s fine.”

Marcelo said that while his father was in hospital, his seven children and other family and friends were unable to visit.

“This is a terrible disease. I was thinking that at the hospital he’s just going to die there alone and we would not be able to see him or even say goodbye,” Marcelo said. “We were all thinking he didn’t have very long.”

Standing outside the hospital and wondering what was happening to their father, he said the family decided to bring him home and continue his care there.

Marcelo said he soon donned on protective equipment and started caring for his father at home. He began doing daily breathing exercises with him in the morning and afternoon.

“Even when he was sick he was cracking jokes with his family,” Marcelo said. “He had a good attitude through it all.”

Not wanting to cause fear, Marcelo said he did not tell his father about the grim prognosis. He did tell him, however, that doctors are warning his health inside was not so good.

But to everyone’s surprise, Justiniano who turns 102 years old in July, started to feel better each day and on April 10, Toronto Public Health cleared him of the virus.

“We were asking God for a miracle and now my father is feeling much better, His eyes look better, and he seems more lucid. I feel so relieved,” Marcelo said.

“Now I feel like a giant weight is off my shoulder.”

Health officials in Ontario have reported that a total of 584 people have died due to COVID-19 and 387 of those patients were 80 years of age or older.