'There's no cure for psychopathy': Experts on Bernardo-like sexual deviancy 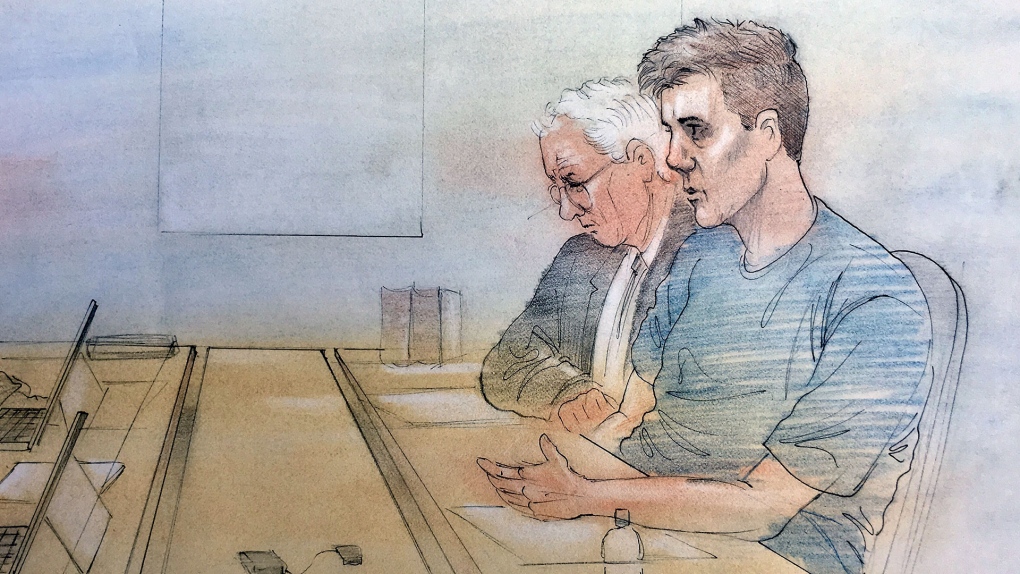 TORONTO -- What drives some people to sadistic violent sex remains poorly understood but Paul Bernardo's contention that feelings of inadequacy led him to commit his savage crimes is junk, an expert familiar with the serial rapist and killer said on Friday.

At his failed parole hearing this week, Bernardo argued among other things that a speech impediment as a child and later anxiety over his sexual prowess moved him to dominate girls and young women as a way to boost his low self-esteem.

"That's rubbish," said Dr. John Bradford, a forensic psychiatrist who thoroughly assessed Bernardo ahead of his trial more than two decades ago. "People don't go around raping and committing sadistic homicides because they have low self-esteem."

People who perpetrate the kinds of horrific things Bernardo did have a deviation in the direction of sexual sadism -- usually referred to as a coercive sexual or paraphilic disorder. Those with the condition are aroused by sexual violence and need the violent component to become aroused.

In Bernardo's case, that meant 14 increasingly violent rapes of random girls and young women in the late 1980s and early '90s culminating in the kidnapping, torture and killing of two girls in their mid-teens.

What exactly causes such deviance is not known but some evidence exists of physical brain damage to the front part of the brain. It's in that area that our centres of aggression and sexuality are located next to each other. Whether the damage happened in the uterus or subsequently is not clear when it comes to the sexually sadistic.

"He's not just evil; he ended up where he ended up," Bradford told The Canadian Press. "People who have this problem have had their temporal lobe damaged in some way. There's something that's gone wrong."

Most people have what psychiatry terms "sexual preference." Generally, that means attraction to someone of roughly similar age and, usually but not always, to someone of the opposite sex. When that preference goes seriously awry, adults might turn their attention to children or become the kind of monster Bernardo was -- a psychopath incapable of understanding or being affected by the suffering of others.

Bernardo, now 54, told the parole hearing that he didn't derive pleasure from hurting his victims. He was too preoccupied with his own feelings and needs, he said, displaying classical signs of self-absorption and narcissism that left the parole board panel unimpressed with his claim that he is "nice to everybody" and that he no longer poses a risk to reoffend.

"There's no cure for psychopathy," Bradford said. "But the risk of violence can be mitigated with treatment."

Drugs and intensive therapy that can help ensure sexual deviants refrain from violence might have worked for Bernardo had he sought help in his teens, Bradford said. Doing so, however, would have required his understanding of just how abnormal he was becoming.

"Part of the difficulty is that sex is pleasurable, so the urge may be stronger than any glimmer of insight," Bradford said.

At the same time, there is strong scientific evidence that the risk of reoffending declines with age. Data show rape to be mostly a crime of young males -- 18 to 25 -- and the risk of recidivism as one approaches 65 years of age drops to close to zero. But assessing the risk posed by violent sexual deviants who do get released is hard to do.

At this week's hearing, the mothers of Leslie Mahaffy and Kristen French, the two girls Bernardo raped and killed, made an emotional plea to keep him behind bars until he dies. They noted he has never apologized for his crimes, and said that any tears he claims to shed over his horrific acts are for self-serving show.

Bradford, a professor of psychiatry at McMaster University and professor emeritus at the University of Ottawa where he was head of forensic psychiatry, is currently writing up a study of 10 sexual deviants who were found not criminally responsible for their acts by reason of a mental disorder.

All have been treated and have now been in the community for at least 15 years with zero recidivism, he said. But it's a small group because people who commit these kinds of crimes are generally never released so the actual recidivism risk becomes impossible to study.

"Sexually motivated homicide is extremely rare and therefore it's difficult to study, and very few people ever get released," the psychiatrist said.

The parole board will have to reconsider Bernardo's case in two years -- unless he asks them not to. Regardless, it is unlikely Bernardo will walk the streets again given the enormity of his crimes. The flipside of the imprisonment coin is Bernardo has been locked up in solitary confinement for 25 years and that also does damage, Bradford said.

"I don't think he'll ever be released," Bradford said. "They'd worry about the perception. The parole board would tend to look at this as a punishment trajectory rather than a rehabilitation trajectory."