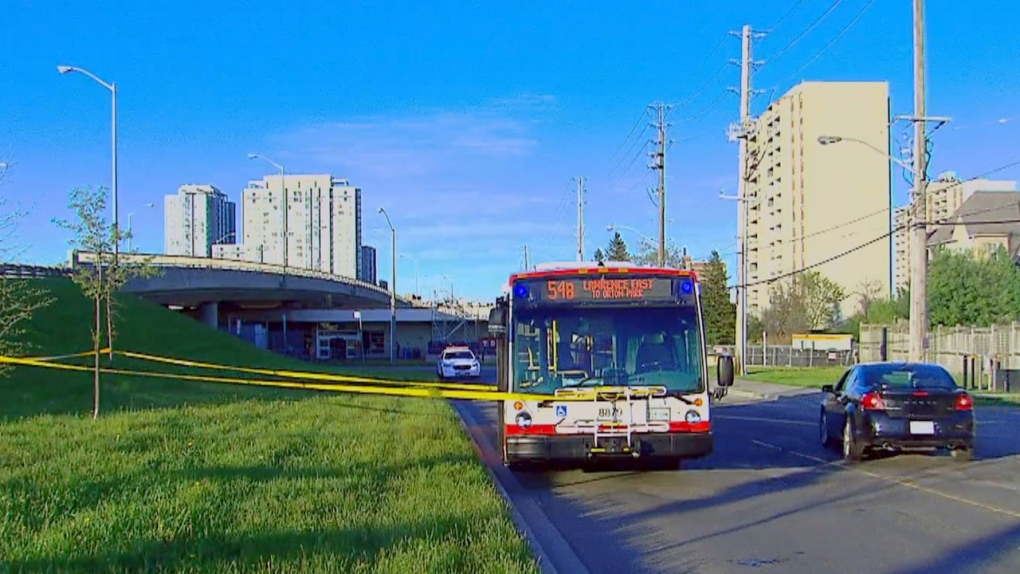 A stabbing on a TTC bus at Lawrence East station occurred on May 26, 2019.

A man and a woman have been taken to hospital after a stabbing took place on a TTC bus at Lawrence East Station on Sunday evening.

Toronto police said the incident happened while the vehicle was parked at the subway station at around 6 p.m.

A male suspect has been taken into custody in connection with the investigation, police said. No charges have been laid thus far.

The TTC said subway trains are currently bypassing Lawrence East Station as an investigation into the matter is conducted.