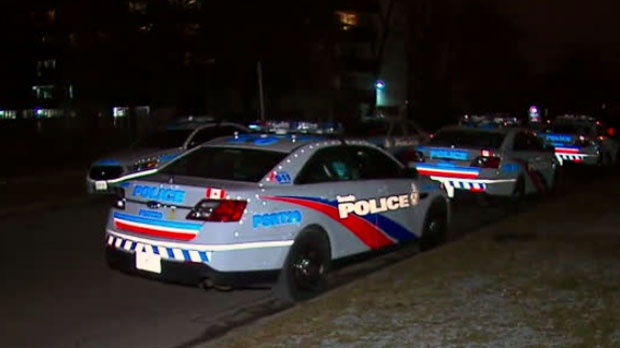 Toronto police are seen investigating a shooting in Scarborough on Monday Dec. 10, 2018.

A male victim walked into a police station in Scarborough suffering from gunshot wounds after a shooting took place nearby on Monday night.

Toronto police confirmed they had located shell casings in the area of Midland and Eglinton avenues at around 9 p.m. after a male victim arrived at 41 Division saying he was shot.

The male victim was rushed from the police station to a trauma centre via emergency run to be treated for his injuries. The extent of his injuries is not yet known.

No information regarding any possible suspects has been released in connection with this investigation.

Roads have been blocked off in the area of the shooting as an investigation is conducted.