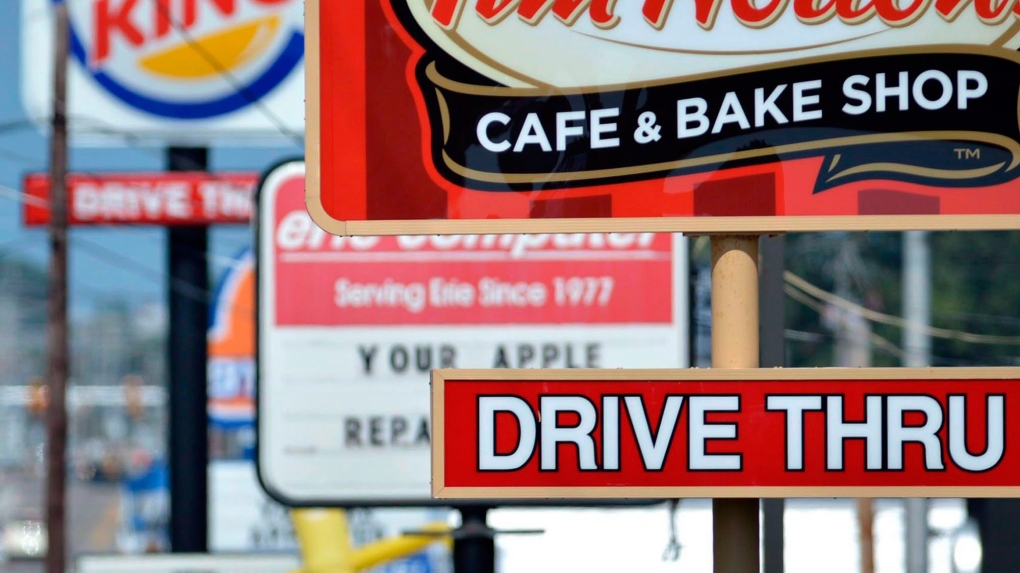 Madeleine Miller started working part-time at a Kanata, Ont., Tim Hortons as soon as she turned 15.

She found her work schedule erratic. She'd often be scheduled for a three-hour shift on the weekends, but would then be asked to stay much longer on busy days. Sometimes, her boss would then renege and cut back those extended hours.

She saw people, including a recent immigrant trying to save for higher education, sent home early several times because of slow sales.

"I never knew how much money I was going to be making and I could never plan anything around my schedule," said the now 16-year old who quit her job after eight months to focus more on school. She plans to look for another job once this semester ends, but will apply at independent retailers where she's heard owners treat employees better.

The practice of regularly sending workers home early falls within the law, but further complicates life for precarious workers in low-wage jobs and may be ultimately detrimental for businesses in an industry with high employee turnover.

Restaurant Brands International, the parent company of Tim Hortons, did not respond to questions about the practice and the difficulties it can create for employees, but instead emailed a short statement.

"Most Tim Hortons restaurants are operated by franchisees who are empowered to use their best judgement in managing their employees and to comply with all provincial employment regulations," wrote spokeswoman Jane Almeida.

The coffee-and-doughnut brand is not the only restaurant chain that sends staff home during a quiet shift.

The Canadian Press heard from a former manager-in-training for McDonald's Canada who said each location tracks hourly sales and staff costs on a spreadsheet in-store and a formula determines if they're over- or under-staffed at any given hour.

The former employee, who spoke on condition of anonymity due to continued ties to McDonald's, said it was common to send employees home if the formula resulted in a plus one, two or more. The source said they'd been sent home numerous times while working for the burger chain.

"Restaurants try to balance employee preferences and the requirements of the business, while at the same time complying with the law," wrote McDonald's Canada spokeswoman Kristen Hunter in a statement, adding that's the same for locations operated by franchisees or the corporation.

She also did not respond to questions posed about the company's practices.

"Practically speaking, if a fast-food establishment has no customers coming in, it's not making money, frankly," he said. "Maybe you don't need to have 10 people on. Maybe five people is good enough."

Policy-makers have tried to strike a balance and offer some protection to businesses in those circumstances, while allowing a level of certainty for employees, he said, adding it's unlikely businesses over-schedule on purpose.

At least in Ontario, the three-hour mark is typically the time employees would get sent home, he said. Provincial legislation states that is the minimum amount of time an employee who regularly works more than three hours a day must be paid for if their shift is cancelled.

But just because a company meets the minimum work hours doesn't mean it hasn't breached a worker's employment agreement, said Sunira Chaudhri, a partner with Levitt LLP in Toronto.

If an employee's contract states, for example, that they will work a 40-hour week, but management consistently cuts their shifts to half that, "that's a material change and oh, I have one heck of a law case on my hands," she said.

It may be that employers have worked the ability to change employee shifts with little notice into their contracts, she said.

"I think it sets people up for precarious employment," she said, referencing a term that lacks an agreed upon definition but tends to mean work that is insecure, and without the benefits and protections afforded to full-time, permanent staff.

Andrew Langille, a Toronto-based labour lawyer and activist, agrees "there's a range of problems when it comes to shorting people on shifts."

In addition to grappling with an unsteady income, employees could have trouble co-ordinating their work hours with a second job or childcare, he said. Securing safe transportation could be a difficult for shifts that end late at night or early in the morning.

"If it happens too frequently, your employees are going to go find another job."