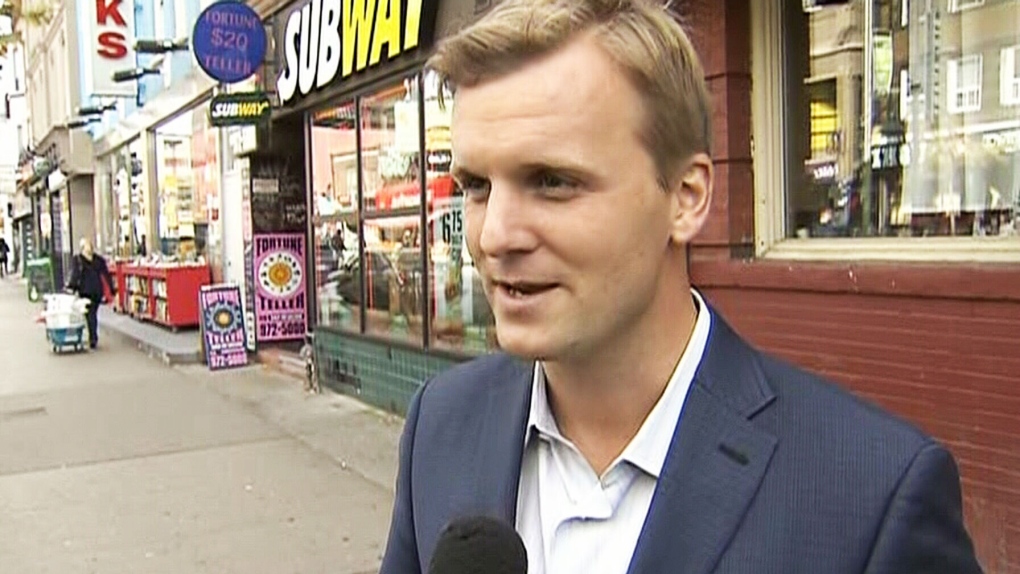 There will be seven new people joining Toronto’s 44-member city council after Monday’s municipal election. Here are the wards with new faces.

Stephen Holyday, son of deputy mayor Doug Holyday and a manager with the Ontario Ministry of Energy, campaigned on a fiscally conservative agenda, including a promise to outsource more of the city’s garbage. Holyday likely benefitted from name recognition; his dad held it since amalgamation in 1997.

John Campbell, a former school board trustee and business owner who endorsed Rob Ford in 2010, but not 2014, will take over from retiring Gloria Lindsay Luby.

Businessman Justin Di Ciano won after promising to revitalize The Queenway by pushing out “unwanted businesses,” like adult massage parlours, and adding “landscaped pedestrian boulevards.” He takes over the seat from Peter Milczyn, who left it to successfully run for the Liberals during the provincial election.

Christin Carmichael Greb got a boost when she was endorsed by John Tory. She promised to fight traffic congestion, and to make streets safer for children by reducing speed limits to 30k/hr in school zones.

Joe Cressy, who lost in the federal byelection in June when ran as the NDP candidate, has now taken the seat Adam Vaughan vacated. Vaughan was the winning candidate for MP, claiming the seat for the Liberals. Cressy is opposed to jets at the island airport.

Jon Burnside, a former police officer who later started a business that delivers healthy meals to people’s houses, was endorsed by John Tory. He ousted John Parker – the only defeated incumbent in the municipal race.

Jim Karygiannis, a former Liberal MP, won after promising to bring a subway to the eastern portion of Sheppard Ave. and to relocate a bus depot planned for the ward. He claims the seat from Mike Del Grande, who decided not to run again after more than a decade at City Hall.