TORONTO -- An Ontario mother and father, whose son is a double amputee, are frustrated with a local school board's decision to move their seven-year-old son's bus stop further from their home to one that is often blocked by mounds of snow.

Ajax, Ont. parents Kurt and Melissa Webster said they have been fighting with Durham Student Transportation Services (DSTS), who is responsible for bus travel for students in the Durham District School Board (DDSB), to move the spot back ever since their son, Rui, had his route changed last September.

"Our son cannot feel the ground, he doesn't have feet, so walking on uneven ground is difficult for him," Kurt Webster told CTV News Toronto. "If you put him on ice, gravel, snow or sand, he's less stable."

Before being moved, the stop was outside their neighbour's house two doors down. Webster said that between them and their two neighbours, they have always made sure the snow was cleared so that Rui, who wears prosthetic legs, could safely walk to the bus stop.

The bus stop has since been moved about 50 metres north and Rui now has to walk across an intersection and wait in front of a Canada Post mailbox. Webster said when there is no snow, this isn't a problem but that’s not always the case. 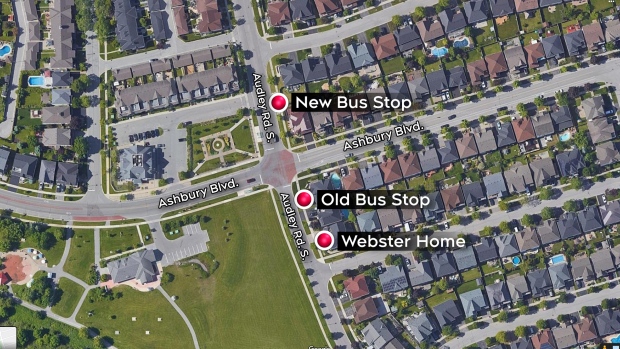 The father said the plows create large banks of snow at the sidewalk intersection and at the bus stop. He said these snow banks make it nearly impossible for his son to safely get to the stop.

"The bus stop being where it is becomes a major issue when there is snow and ice. The snow banks and uneven snow on the ground make it really hard for him. Our son is being put in harm’s way."

"It's not about the distance, it's about the ice and snow. After it snows, we have had to lift him over the snow banks so he can get safely to the bus stop."

Last week, after a heavy snowfall, Rui slipped while getting off the bus and then fell again while trying to get over a snowbank. Webster said after months of back-and-forth and no progress with the DSTS they were left feeling helpless. 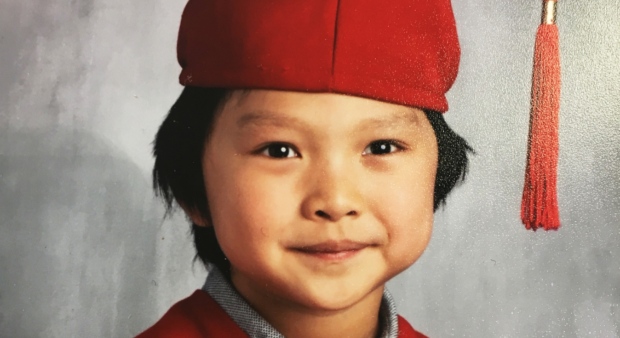 "It's hard to watch. It's distressing," he said. "Until you have differently-abled people in your life, you don't know what it’s like."

"The world isn't always kind to differently-abled people. You want your kids to be safe and to get the help they need. This would be a very simple change."

The parents also have a daughter who is a single-leg amputee and while getting to the school bus is easier for her, they say it can also sometimes be a challenge.

DSTS says bus stop is within distance set by policy

The DSTS told Webster, in an email obtained by CTV News Toronto, the current bus stop "is well within walk to bus stop" distance parameters set by their transportation policy.

An employee with the company told Webster that there are two bus stops available for Rui to be picked up at – one 200 metres or one 90 metres from their house.

According to the DSTS policy, the maximum distance a student should have to walk to the bus stop is 800 metres. 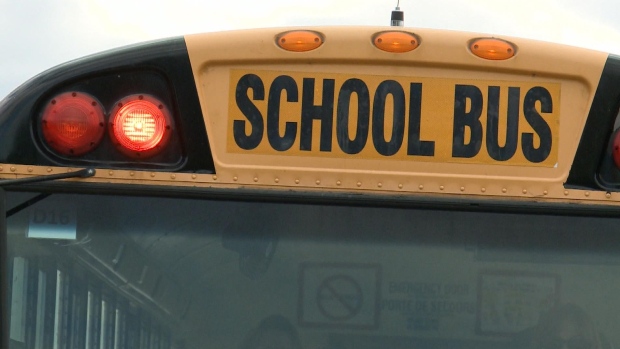 "We have to assume that those parameters were not set with differently-abled students in mind as required by the Accessibility for Ontarians with Disabilities Act," Kurt said. "The DSTS has a duty to accommodate when a request is made. They have not done that."

"He doesn’t need to be coddled, he's just a little boy and he needs help."

"We just want the bus stop put back where it was or for them to assign Rui to another bus that still goes past our house – either of these things are easy to do."

The DDSB has told CTV News Toronto that they are willing to work with the Webster family to create some form of "accommodation," adding that the board had only recently been made aware of the family's concerns. 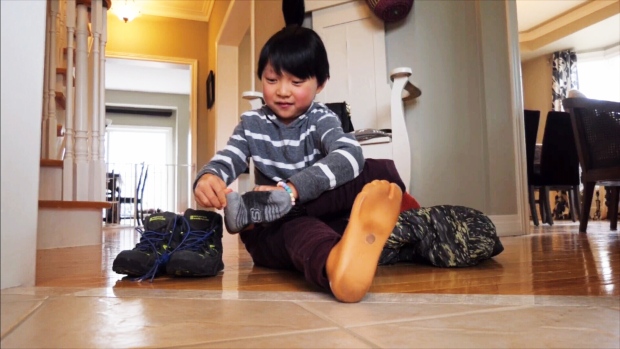 “We’re happy to work with the family to create accommodation, we often have a specialized transportation for students who have special needs and that transportation can do a residence pickup.”

The board said that the original decision to move the stop was based on the "safety of all the students boarding" and that there were "no indications there would be students having issues accessing those stops.”