Run through The Six on a Drake-inspired Toronto tour 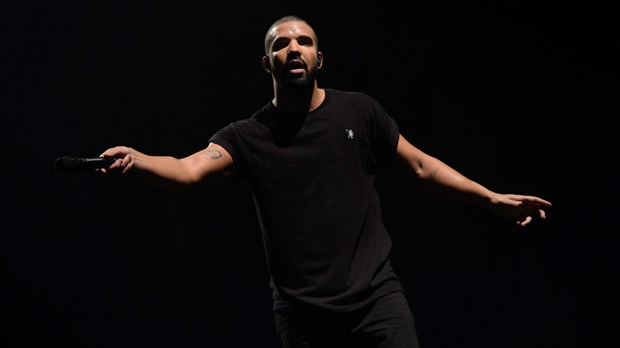 Toronto will be getting a walking tour dedicated to its most popular rapper, Drake. The musician has been known to represent Toronto on a global scale, helping to bring the NBA All-Star Game to Toronto in 2016 and singing about “running through The Six” in his 2015 mixtape.

He’s made at least a dozen or more references to Toronto in his music, and started construction on a home on the Bridle Path, a tony neighbourhood in North York, last year.

Now, Torontonians and tourists will have the opportunity to learn more about the rapper and the city he loves.

"He is constantly representing Toronto and getting people all over the world excited about it," one of the tour’s managing partners, Stephanie Chong, told CTV News Toronto on Monday evening.

“Having the tour be inspired by him happened naturally after being asked by so many people all over the world about him and the tie he has to the city. We thought it would be a cool way to angle some of the facts of the city with references he's made in his songs,” said another managing partner, Ellie Geronikolos.

The two and half hour guided walk, Tours of the 6, will highlight key places and areas that have inspired Drake -- like the CN Tower, which is featured on his Views album cover -- as well as information on trendy areas to eat and drink.

The tour will take participants to Queen Street West for photo opportunities along the graffitied alleyways, as well as Jurassic Park outside the Air Canada Centre, and to Fring’s, a restaurant owned by Drake.

The tour was created by three Ryerson University grads who have travelled to almost 40 countries before coming back to Toronto. When they returned home, they thought Tours of the 6 could give a fresh perspective and engage participants to learn more about the city and the rapper.

Drake is no stranger to the university. In September 2015, he surprised students and performed on stage during their frosh week, the first week of school.

"I love that he brings his own personal stories and references close people to him like his Mom," a third managing partner, Eleni Nico, told CTV News Toronto.

Chong said that although none of the partners know Drake personally, they are connected through their love of the city.

"I've actually watched him perform in a church basement in Scarborough many years ago. It was for a charity fashion show and he had just finished with his role in Degrassi. I had no idea he was starting a career in hip hop, so although I don't have a personal connection to him, it's awesome to think that I saw him perform when he first started out," said Geronikolos.

The Drake-inspired tours start on June 3. The tour is free and meets at Union Station at 10 a.m. on Thursdays and Saturdays.