TORONTO -- People staying in small wooden shelters built by a carpenter who was served with a court order to stop placing and relocating the structures on city-owned property are voicing support for the project.

Before moving into a hotel room run by the city, Jennifer Jewell, 50, lived in one of the ‘Toronto Tiny Shelters’ for a month in the fall.

“It was amazing, I spent three months living in a tent,” said Jewell who lives with chronic pain. “People are outside and I think it’s one of the safer options and I think the city should work with him.”

Jewell said she lived in one-bedroom place for 20 years before her landlord’s family took over the property and was forced to leave during the pandemic. After that she said she ended up in toxic living environment, before moving to stay in Dufferin Grove Park.

Another 64-year-old woman who is currently staying in one of shelters in Trinity Bellwoods Park said it has given her freedom, safety from the elements and security. The shelters come with a lock, smoke alarm and fire extinguisher. 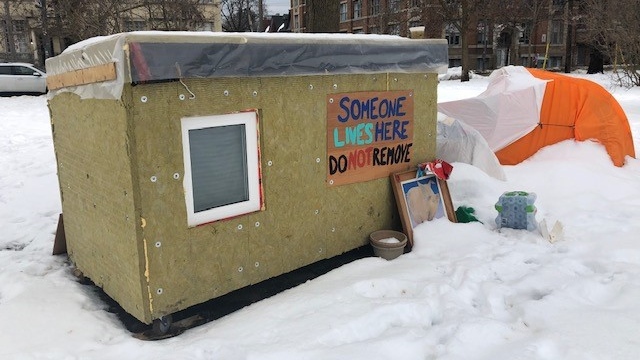 Carpenter Khaleel Seivwright saw a need for a temporary housing solution during the pandemic. He has been providing the tiny houses to people since at least October, as there have been more people unhoused in the cold and some people are also worried about COVID-19 in the shelter system.

The City of Toronto has identified 95 tiny shelters and said the structures and camping are considered illegal on city property. The city also said it has already asked Seivwright to stop placing or relocating them before it took legal action.

“It speaks to the city’s parks bylaw, and that it is illegal to dump or erect a structure of any kind, whether it’s in a park, a green space, like a boulevard for example. All of the residents of this city have the right to enjoy and access city parks, including people who experience homelessness,” spokesperson Brad Ross to CTV News Toronto Tuesday.

The city is also citing several safety issues with the shelters.

“Overdose deaths due to the opioid epimedic, they don’t have clean water, sanitation, food, medical, addiction counselling, and so it would it safer inside,” said Ross.

The city has now filed an injunction application against Seivwright that would order him to permanently stops placing or relocating structures on city-owned land.

After raising more than $220,000 online and months of work, Seivwright said he wants the application injunction dropped.

“This is only a distraction. The problem is not the tiny shelters, the problem is that toronto’s most vulnerable people are falling through the cracks,” said Seivwright in a video statement.

Danny Kastner is a member of Seivwright’s legal team. He said his client is considering how to respond to the court order and has not yet committed to stopping the project, knowing he could face serious consequences.

“They can range from a fine all the way up eventually to incarceration, if in the court’s view, he did not comply with an order to stop,” Kastner said. 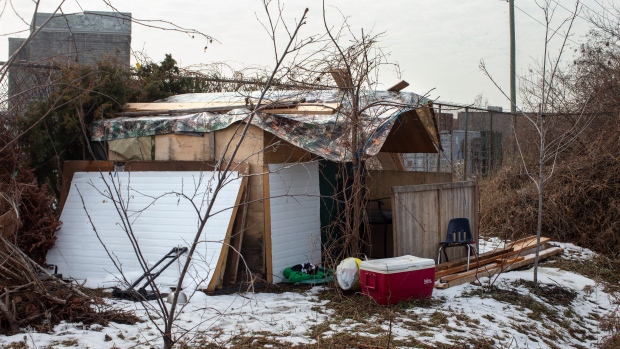 Ross said the city is working to open more hotel rooms, which will offer supports for vulnerable populations, and expects a site at Novotel Esplanade to be available in the coming weeks.

Seivwright argues that instead of the city fighting his shelters, it should focus on getting people housed.

Ross told CTV News Toronto since April 2020, more than 1300 people have accepted referrals inside and more than 3, 200 people were permantly housed who were in shelters.