TORONTO -- Regent Park families were getting ready for back-to-school at a barbeque and school supply giveaway at a local community hub on Saturday afternoon.

“Some parents are out of work so it’s lot of help,” said local mother Fatom Alghimi, who was amongst the first in line.

Healing as One, the event’s organizer, partnered with Penny Appeal Canada and the Yonge Street Mission to give neighbourhood kids — up to Grade 12 — a new backpack and cloth mask.

“People don’t have five dollars, you know (for masks), and I think it’s important for them to be free and accessible,” said Walied Khogali Ali from Healing as One.

The grassroots group also sent every family home with a box of produce. 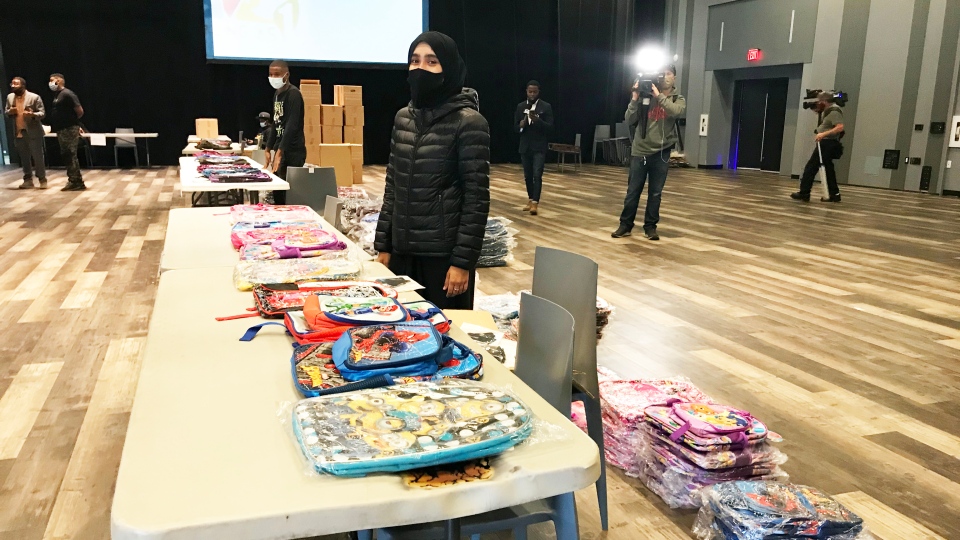 “There’s a lot of needs in this neighbourhood and you know we’re just a grassroots initiative that’s kind of attempting to address these issues.”

Healing as One has also secured funds from the Red Cross to deliver fresh meals to those in the community who need it until the end of November.

The weekly hot meal program is very much appreciated, said Chantel, a local mom of four.

“It helps tremendously, it really does,” she said.

Healing as One says the Regent Park Community has been particularly hard hit by the pandemic and so it’s calling on the government to provide more supports to ensure “measurable and permanent improvements” for residents. 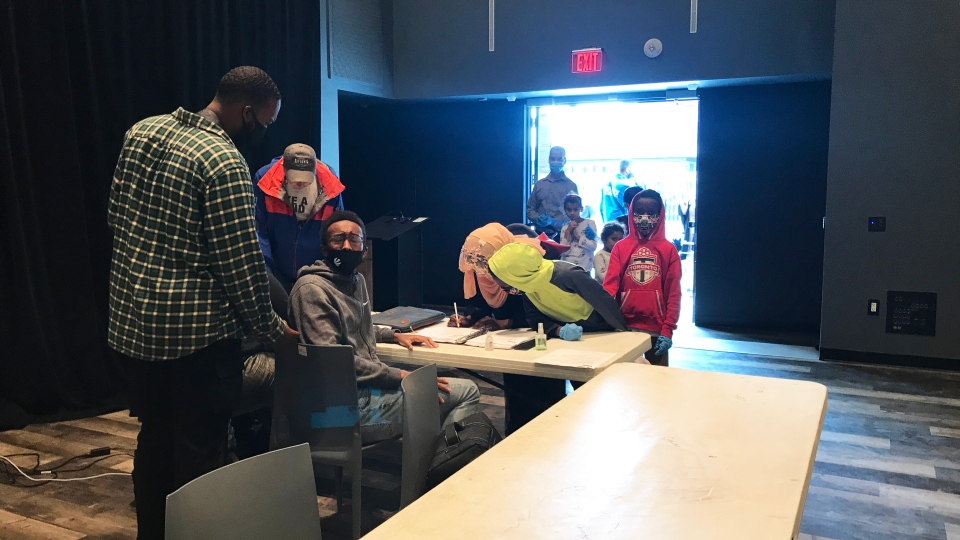 “Black, racialized folks are impacted by the pandemic the most and that’s because they’re essenital workers,” said Walied Khogali Ali.

“They’re on the front lines making sure that our economy is functional. It’s important for our government to respond by better supporting folks who are impacted systemically.”

The group’s efforts are appreciated by both the young and older. Grandmother Ivy Chrysler picked up a new backpack and mask for her grandson.

“Our money’s limited and these backpacks are just amazing. We couldn’t afford something that nice for him, this is just amazing. It’s a godsend.”

Six-year-old Mary Rose, who is going to Grade 1 this week, was thrilled with her new character-themed backpack.

Healing as One is also offering families free financial literacy sessions so they can “benefit from home ownership” as Regent Park’s redevelopment moves into phases four and five.