Raptors all-stars DeRozan and Lowry staying away from social media 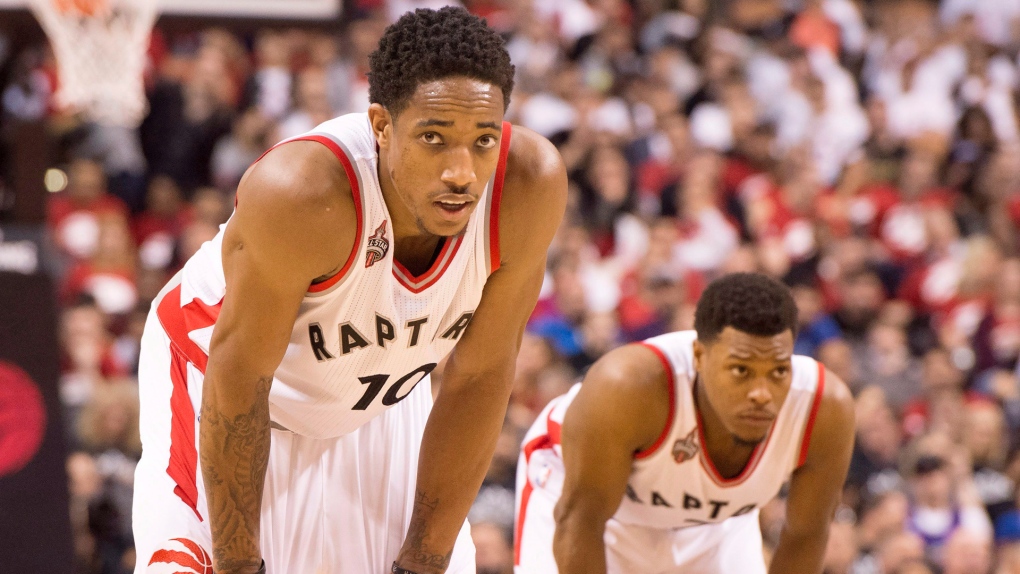 Toronto Raptors' DeMar DeRozan, left, and Kyle Lowry pause during the dying seconds of their loss to the Indiana Pacers in the first game of their first round NBA basketball playoff series in Toronto on Saturday, April 16, 2016. The Pacers bested the Raps 100-90 for the first game of the 2016 NBA Playoffs. THE CANADIAN PRESS/Frank Gunn

TORONTO - Their ears might have been burning Saturday night after the Toronto Raptors' playoff loss. But Kyle Lowry and DeMar DeRozan didn't read any of it.

Social media was abuzz as the Raptors dropped Game 1 to the Indiana Pacers 100-90 with much of the criticism aimed at Lowry and DeRozan.

But the all-stars, who'd been solid all season, all but disappeared at the Air Canada Centre and are steering clear of the negative comments.

“I erased my Instagram, my Twitter, my Bleacher Report. . . all that,” DeRozan said. “I just don't want to accidentally click on any of that. It's nothing to where it'll be a distraction, but more to that none of that matters now. We have everybody on the social network who thinks they're a reporter, or analyst, and sometimes you just don't want to see it.”

Raptors fans were reeling from the loss, which seemed all too familiar after last season's four-game sweep by the Washington Wizards.

“I definitely didn't go on social media because I know they were probably talking a lot of trash,” Lowry said. “But that's life, man. It's cool.”

As someone pointed out, Lowry doesn't seem the type of player who would shy away from reading criticism on social media.

“I just didn't feel like it,” Lowry responded. “I'll read it, trust me, I'll read 'em. I'm not shying away from it. It's just at that point where it's like, all right, whatever. I know everybody's going to say: 'Here we go again.' There you go there, that's what they said.”

Raptors coach Dwane Casey didn't specifically ban social media for the playoffs, as happens with some teams in certain sports.

“I don't know enough about social media to say anything about that.”

The Raptors host Indiana in Game 2 on Monday.