TORONTO -- Families in west-end neighbourhoods of Toronto are surveying damage and cleaning up after a powerful storm flooded basements and downed large trees.

The City of Toronto said as much as 75 mm of rain fell in about 30 minutes Wednesday afternoon.

On Cordella Avenue, near Eglinton Avenue and Weston Road, people at one property were busy emptying two basement bedrooms, a kitchen and living room.

The owner told CTV News Toronto that the sewer backed up and it’s not the first time he’s dealt with too much water. He said he pays $6,000 in property taxes and to lose everything in the basement is frustrating. 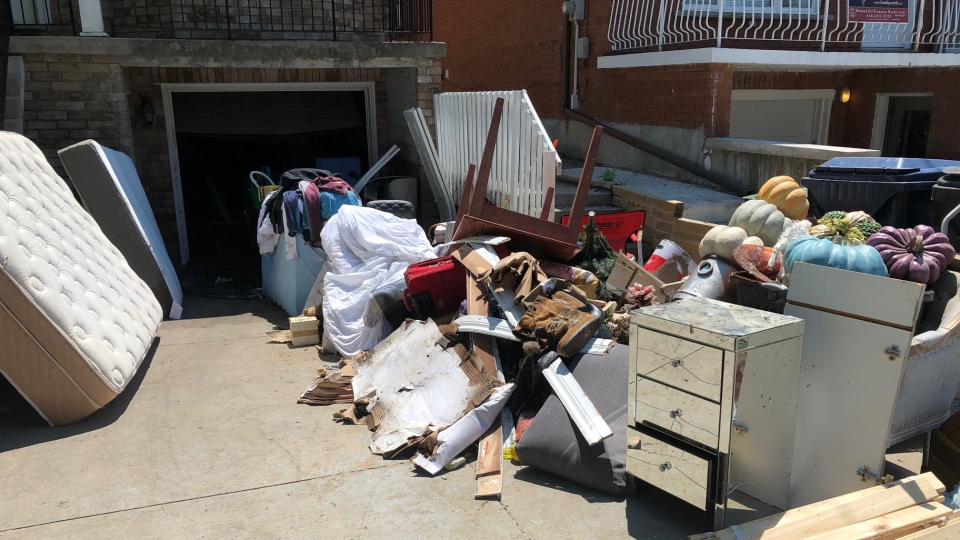 Nearby, the rush of so much rain left a path of destruction in Eric Swanson’s basement. The water pushed through and broke a door and shut down his air conditioner and hot water.

“Took a cold shower cause because everything is a mess. There was sewage in the water and you need a shower after that,” Swanson said.

He said this was his first flood, but for others in the area it’s happened before.

The City of Toronto and the Toronto Region Conversation Authority are working to reduce flooding and sewers from overflowing in the Black Creek area.

“They may take certain steps, in terms of coverages, limiting coverages, not overages I backup coverage or overland coverage,” Pete Karageorgos with the Insurance Bureau of Canada said. 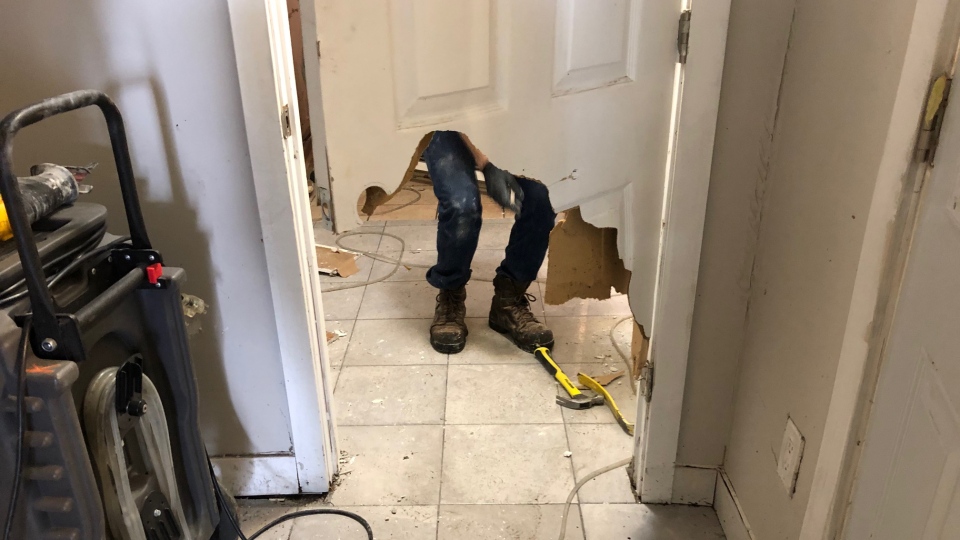 “I feel terribly for the residents whose homes were flooded in yesterday’s rainstorm, and especially for those who have experienced this multiple times. It is frustrating for everyone, and residents should not have to face this stress with every significant rainfall,” the area’s city councillor Frances Nunziata said in a statement to CTV News Toronto.

“This area is within the jurisdiction of the Toronto Region Conservation Authority (TRCA) and I am working with City of Toronto staff and the TRCA to move along the necessary steps to get shovels in the ground on flood remediation.”

Trees around the city’s west-end also took a tumble in the heavy downpour. 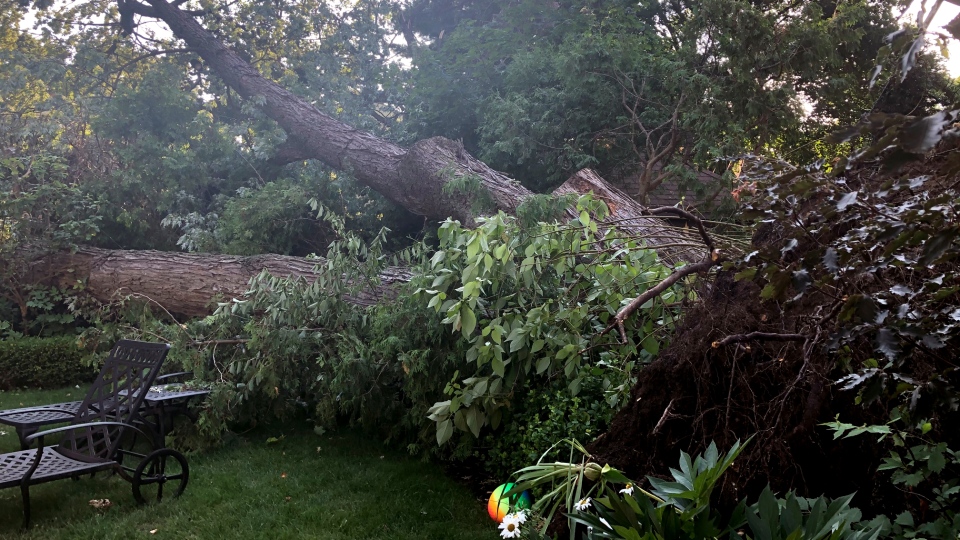 On The Kingsway, Walter Markham’s massive silver maple is more than 75 years old and was downed during the storm.

“This tree is almost like a part of our family,” Markham said.

“It’s unfortunately nature and now I have the opportunity to reimagine the backyard,” he said

Many other trees suffered snapped branches. Several vehicles and at least one house were damaged.