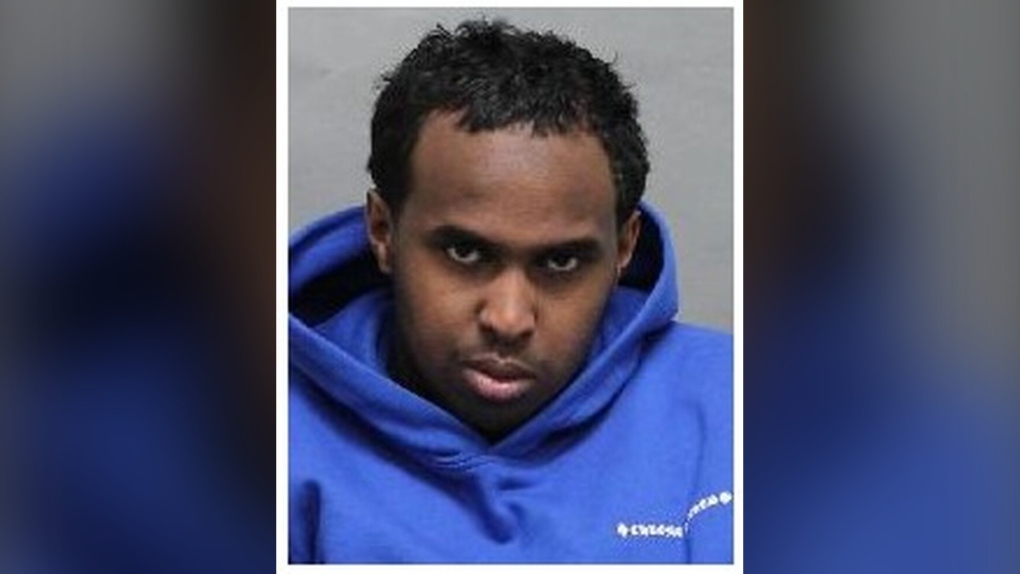 Hassan Ali, 22, is seen in this photo provided by the Toronto Police Service.

TORONTO -- Police have upgraded the charges against a Toronto rapper to first-degree murder in connection with the shooting outside a parking garage in North York in January that left a 20-year-old student dead.

On the evening of Jan. 31, emergency crews were called to the area of Jane Street and Falstaff Avenue for reports of the sound of “automatic gunfire.”

Police said Hashim Omar Hashi was in his car waiting to enter the parking garage of his building when a suspect approached the passenger side and fired numerous shots at him.

Hashi was pronounced dead at the scene.

About two weeks after the shooting, police announced that two people had been taken into custody in connection with the incident, including 22-year-old Hassan Ali.

He was initially charged with accessory after the fact to murder and failing to comply with probation, as well as other drug-related offences.

On Thursday, police said charges against Ali have been upgraded, and he is now wanted for first-degree murder and three counts of fail to comply with recognizance.

Police did not say how Ali was released from custody but they are now appealing for help in locating him.

“He is believed to be violent and dangerous. Do not approach. Call 9-1-1 immediately,” police said.

Anyone with information is asked to contact police at 416-808-7400 or Crime Stoppers anonymously.