TORONTO -- Police are continuing to search for a vehicle involved in an Oshawa crash that sent a 14-year-old boy to hospital with critical injuries.

Emergency crews were called to the area of Stevenson Road North and Conlin Road just after 8 p.m. on Monday for reports of a collision involving a two-wheel motor vehicle and another vehicle. 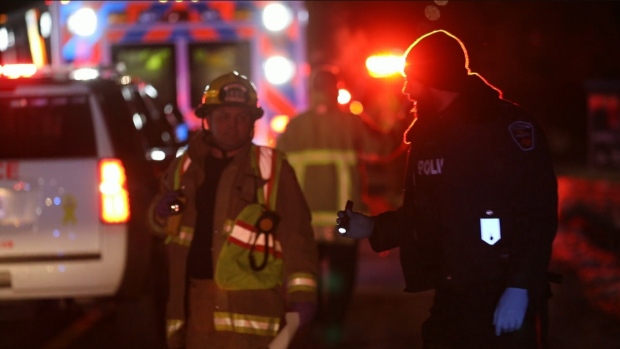 On Tuesday, investigators confirmed that the boy was operating a motorcycle and was struck from behind by a vehicle that then fled the scene.

The boy was subsequently taken to an Oshawa hospital in life-threatening condition but then had to be airlifted to a trauma centre in Toronto where he remains.

No other injuries were reported in the crash.

"It doesn't appear the 14-year-old was obviously licenced to be operating the motorcycle, nor was he wearing a helmet, at the time of the collision and he was operating here on this roadway," Const. George Tudos said on Tuesday afternoon.

"That vehicle was going southbound on the road when it struck the motorcycle and then it fled the scene leaving him clinging to life." 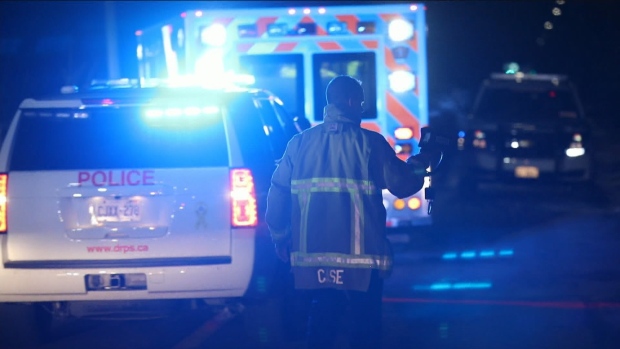 The vehicle that failed to remain at the scene has now been described by officers as a light-coloured four-door sedan that would have extensive front-end damage.

"Witnesses in the area reported hearing a loud bang and observed what appeared to be a white sedan fleeing the scene, last seen driving southbound on Stevenson Road toward Taunton Road," police said in a news release issued on Tuesday morning.

"Investigators have spoken to numerous witnesses, canvassed video surveillance and collected numerous articles of evidence from the suspect vehicle which were sent for analysis."

Collision Investigators have been called out to this serious fail to remain collision. A teen was airlifted to a Toronto trauma center with serious injuries. More info to follow. https://t.co/SptiYx9mir