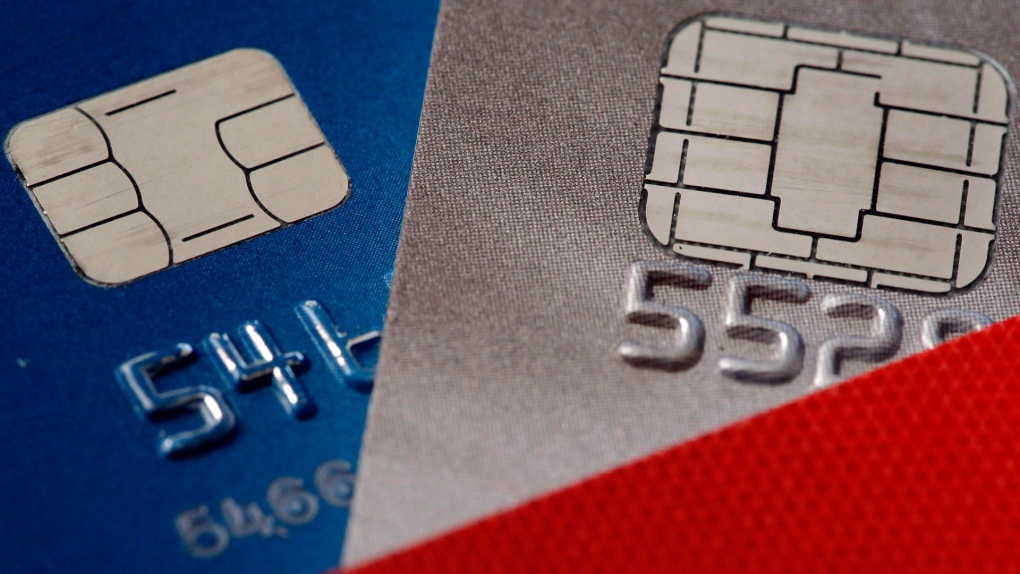 Police have revealed how thieves are spending thousands of dollars from stolen credit cards within hours after another victim came forward claiming he was targeted while enjoying lunch with friends.

Mississauga resident Domenic Sicilia said he was at JOEY at Sherway Gardens on Sept. 3 when his wallet was snatched from his bag that was hanging on the back of his chair.

"I went inside, sat at a table and my buddies were facing me. We order food and talk and then I notice my bag is missing," Sicilia told CTV News Toronto on Friday.

"We called the manager over and he checked the cameras and when he came back he told me my bag was stolen."

"I look at the video and this couple walks in, comes and stands directly behind me by the bar. You can see the guy looking at the back of my chair, then slowly comes closer." 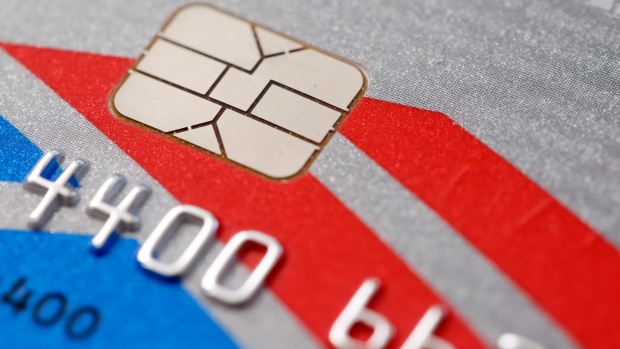 An image of a credit card is seen above. (File image)

"I lean over, cut my chicken, and then the man steps in, grabs the bag and leaves. Within an hour, things are getting hit everywhere."

The 57-year-old said $40,000 was spent from “Scarborough to Brampton to Mississauga” in only a few hours. Among the charges was $7,000 at Apple, $3,800 at Microsoft, $980 cash advances on at least five credit cards and thousands in separate transactions at gas stations.

Sicilia said while the bank has refunded almost all the money, he's now worried about identity theft.

"It's terrible, it’s a massive inconvenience," he said. "They have my address they know where I live."

Earlier this week, a Toronto man said he lost $30,000 in 30 minutes after his wallet was stolen and taken on a spending spree at Yorkdale Shopping Centre.

A businessman working in Toronto’s financial district said he was scammed $19,000 in 27 minutes after his was pickpocketed on the way to lunch.

"Organizations that one time would be involved in other crimes like violent crime and robberies are doing this," Callaghan said.

"This is a better target because they get a quicker return on their work. As soon as they have the cards they head to places and go until the cards stops."

"It's organized crime. They are making a lot of money doing it and the disincentives are low."

"Once they guess your pin, they’re in. And a lot of us have the same pin for everything."

Callaghan said the thieves spend money at stores that will not raise suspicion from employees.

"There is thought that goes into this," Callaghan said. "They’re not stupid, they realize, for example, it’s a good time to go to Apple." 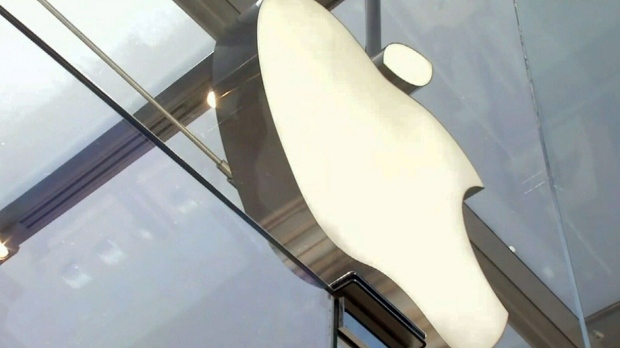 Police said the thieves go to stores where they will not raise the suspicions. (File photo)

"It's not unusual for people to get a new iPhone. Even buying multiple phones wouldn't draw notice of the employees because lots of people are buying them."

"They come in and buy a computer in September, maybe saying a child is heading to university. Those things aren't going to necessarily attract attention of employees."

Callaghan said police haven't seen an uptick in these financial crimes but "unfortunately it happens frequently" and people need to take the proper precautions.

"We've all heard the crime prevention things to do and sometimes they're inconvenient but those inconveniences are there to protect us and we have to accept that."

"Most financial institutions and cellphones allow you to set up notifications on your phone so every time you make a transaction it comes up."

"At the very least people could see when the spending starts and shut down their cards."

"But it's a tough issue and we appreciate that." 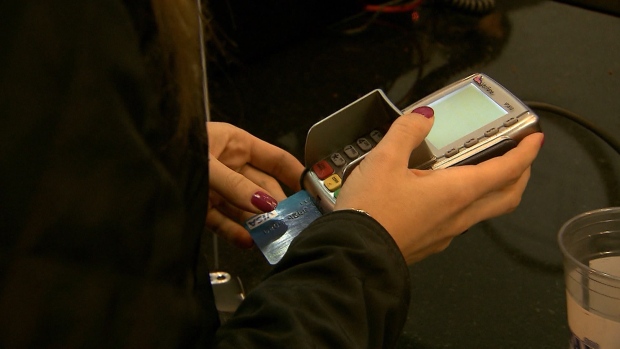 In Canada, major credit card operators, like Mastercard and Visa, have zero-liability policies to protect customers from fraud.

"Banks in Canada take all types of frauds and scams very seriously and will usually make their customers whole if they are victims of debit or credit card fraud," Mathieu Labrèche, a spokesperson for the Canadian Bankers Association, told CTV News Toronto.

"Customers who think they have been a victim of credit and debit card fraud should contact their bank immediately, as well as their local police and law enforcement."