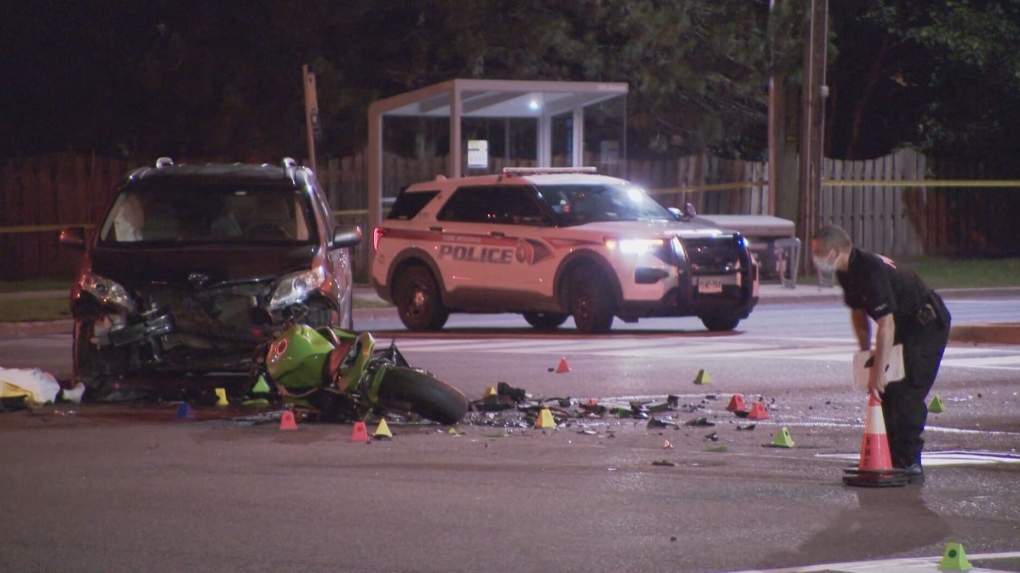 TORONTO -- A motorcyclist was killed in a collision with a van in Markham Wednesday evening, York Regional Police say.

The collision occurred in the area of McCowan Road and 16th Avenue just after 11:30 p.m.

Police say a grey Toyota Sienna van and a green Kawasaki motorcycle collided in the area.

The driver of the motorcycle, a 26-year-old Toronto man, was pronounced dead at the scene.

Police say the driver of the van was not injured and remained at the scene.