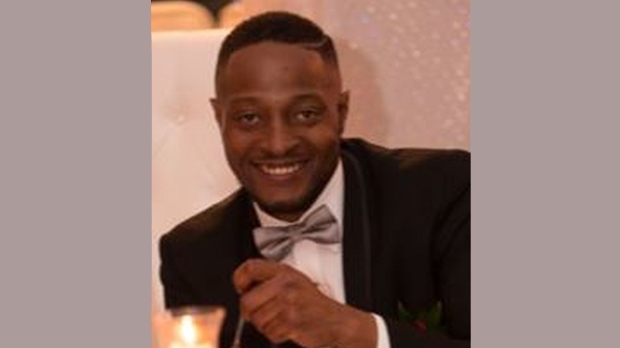 Police have identified Dwayne Anthony Vidal, a 31-year-old Toronto man, as the victim of a deadly daylight shooting in Etobicoke over the weekend.

A 31-year-old Toronto man has been identified as the victim of a fatal daylight shooting in Etobicoke on Saturday evening.

Police say 31-year-old Dwayne Anthony Vidal was shot in the area of Mount Olive Drive and Kipling Avenue shortly before 6 p.m. on Saturday.

He was rushed to hospital in critical condition but police confirmed Sunday that he later died in hospital.

The suspect was previously described by police as a black male who is approximately five-foot-nine to six-foot and was wearing a black hoodie. Investigators say his face was concealed at the time of the shooting.

Investigators are asking anyone with information about the shooting to contact police at 416-808-7400 or Crime Stoppers anonymously.