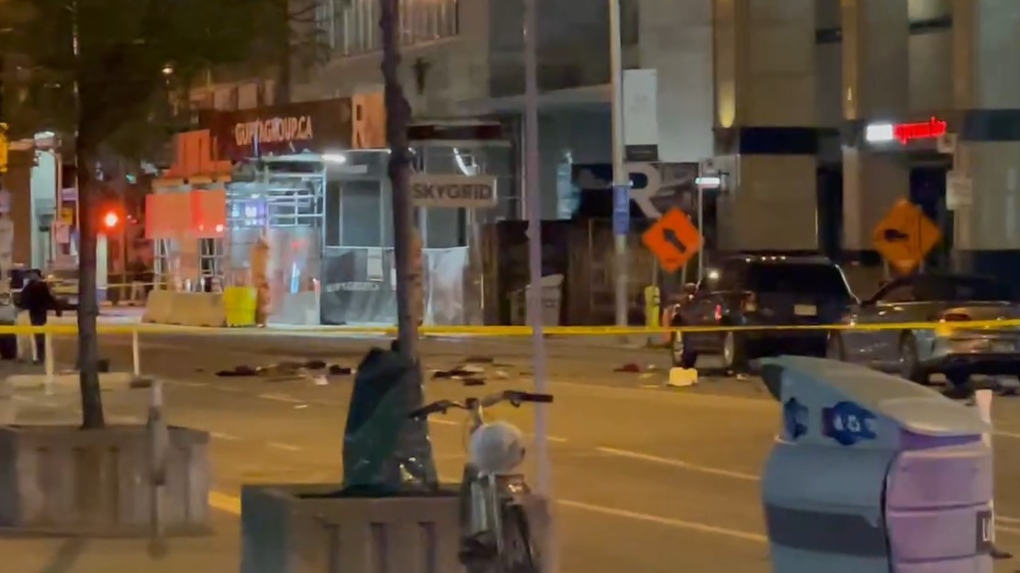 Debris is pictured on Bloor Street following a controlled detonation of an unknown object.

TORONTO -- One man is in custody but no injuries have been reported after police detonated a suspicious package downtown Tuesday evening.

The package was discovered outside a building at Bloor Street East and Sherbourne Street at around 3:30 p.m. A CP24 viewer said they saw a suitcase lying in the middle of the road.

Police shut down traffic in the area as they investigated the object.

At around 7:30 p.m., police said an Emergency Disposal Unit had “safely detonated a package out of an abundance of caution.”

Police told CP24 that they are not yet sure what was in the package.

Late Tuesday, police said a man had been taken into custody in connection with the investigation, but did not elaborate on what charges he might be facing.

POLICE INVESTIGATION: UPDATE
Bloor St E + Sherbourne St
- police are on scene investigating
- Emergency Disposal Unit has safely detonated a package out of an abundance of caution, you may have heard a loud bang in the area
- All is in order at this time#GO1863512
^lb