An investigation that spanned multiple jurisdictions in the Greater Toronto Area led to the seizure of more than 20 “high-end vehicles” stolen by a “sophisticated and organized” group.

“What started out as a small local investigation led us to a highly orchestrated organized crime ring that focused on vehicle thefts and saw nearly $100-million worth of illegal funds in processing those stolen vehicles,” Peel Regional Police Chief Chris McCord said at a news conference held on Wednesday morning. 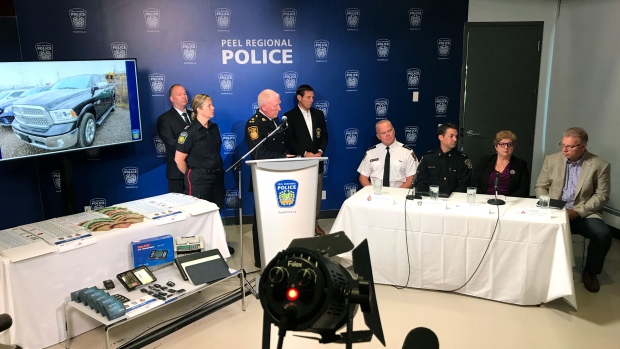 The investigation, dubbed Project Baijin, began in April when six “high-end vehicles” were seized, according to officers.

In April, two international students, 24-year-old He Cui and 26-year-old Wenqi Li, were arrested and charged in connection with the investigation.

“As a result of the information that was gleamed during that arrest and conversations with our counterparts in York and Halton regions, a joint-forces investigation was started,” Det. Sgt. Don Jorgensen said.

Eight search warrants were then conducted by officers on Tuesday. 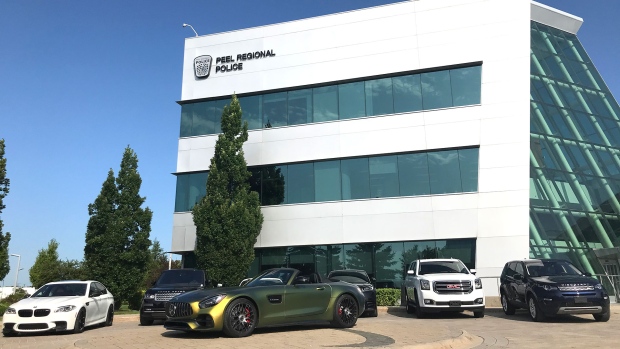 Police said the vehicles were being stored in Mississauga, but were obtained in other regions.

“Many of these vehicles were stolen in other jurisdictions, such as Halton and York regions,” McCord said. “The investigation revealed that the vehicles were being prepped to be shipped overseas in containers to China and European countries.”

“The majority of these vehicles recovered to date were purchased fraudulently using fake identification and fictitious employment records, along with address records. Other vehicles were fraudulently purchased and later reported stolen, defrauding insurance companies of the replacement costs in this complicated criminal activity.” 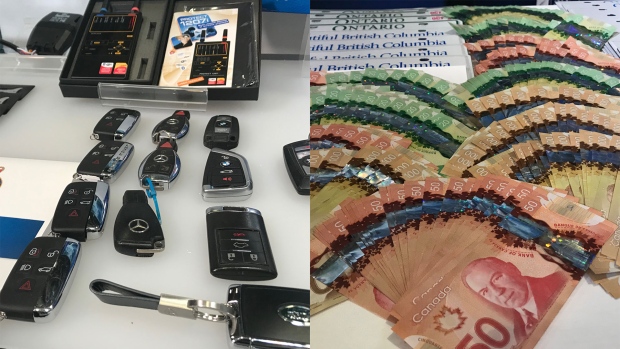 Investigators said some vehicles were also being obtained in others parts of Ontario, Quebec and British Columbia.

“The investigation is ongoing and further arrests are anticipated,” police said.