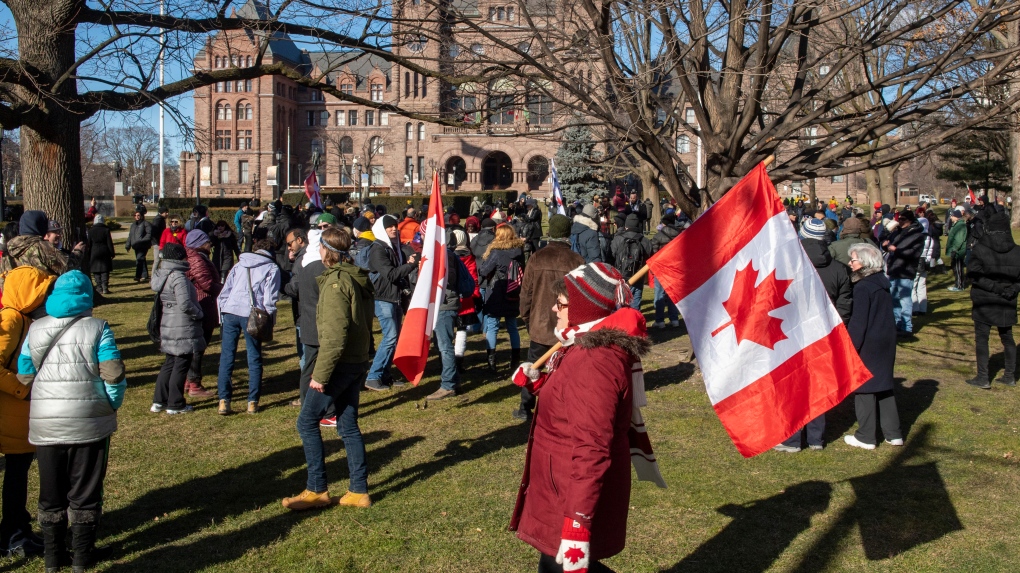 Anti-mask protesters gather on the lawn of the Ontario Legislature n Toronto on Saturday January 23, 2021. The protest travelled through the downtown core for hours and was not stopped by police. THE CANADIAN PRESS/Frank Gunn

As part of a new series of public health measures implemented by the province, Ontarians have been told to only go out for essential purposes. Outdoor gatherings of more than five people are also prohibited.

Police said seven of the 10 people were charged. One of them is 38-year-old Christopher Saccoccia, who has spoken out against public health measures during the pandemic.

In September, he was charged with breaking federal quarantine rules for allegedly attending a rally in Toronto less than two weeks after returning to the country.

Police said nine charges were laid against attendees for failing to comply with emergency orders. Three others were charged under the Highway Traffic Act.

Police said they will continue to attend large gatherings, disperse attendees, and issue tickets and summonses.