Students will be with one cohort for the full day and enhanced health and safety protocols will be put in place.

"The Ontario government's 'plan' for reopening schools essentially amounts, in most elementary and middle school grades, to sending 30 students and a teacher back into a room for 6 hours/day with poor to no ventilation and probably only enough space for 30 cm of distancing between desks,” an online petition, titled "Ontario Demands Better: Reduce Class Sizes to Keep Schools and Communities Safe," reads.

"This is shameful and demonstrates a reckless and disturbing lack of care for the health and safety of our children, teachers, school staff, and communities."

"We have evidence from countries and regions that went back to school in the spring to show that it can be done safely, without a surge in cases. The evidence suggests that the way to do this (along with other measures) is small class sizes."

As of Tuesday morning, the petition had been signed by more than 200,000 people.

When asked about the petition on Monday morning, a spokesperson for the Ministry of Education told CTV News Toronto that the plan to reopen schools has been crafted by the "best medical and scientific minds in the country."

"We are proud to lead the nation in funding per-student, an aggressive masking policy for grades 4-12, hiring over 1300 custodians and $75M in additional cleaning funding, along with the hiring of 500 public health nurses to support student health in our schools," the statement said.

"The evidence is emerging, and our plan is a living document - it's meant to be augmented and adapted to apply the best advice as it emerges. We will never hesitate from taking further action to protect the health and safety of Ontario’s students and education staff."

The chair of Ontario's largest school board also expressed concern last week over the provincial government's decision to not reduce class sizes for elementary students.

Toronto District School Board (TDSB) Ward 7 Trustee Robin Pilkey said that the decision to keep class sizes the same for Kindergarten to Grade 8 was not up to the board, but required under the province’s order. 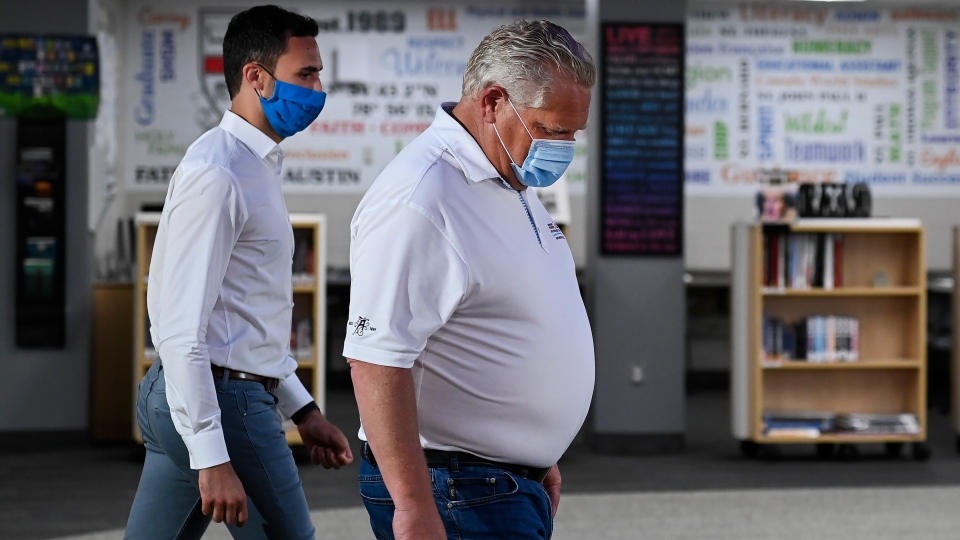 Parents are allowed to decide whether their child returns to school in-person this September. Students will have the option of remote learning, which would be delivered by the school board.

Last week, Ontario Premier Doug Ford said he would close schools again if Ontario is hit with a second wave of COVID-19.

Ford also asserted that his decision to keep elementary class sizes the same was not a financial one.

"I'm not holding back on a penny here," Ford said. "I've proven to the public it is not about dollars and cents."

He said his plan is based on advice from "the brightest minds in the entire country."

"We could play armchair quarterback all day long everyone....I'm relying on the health and the science," he added.