Parents, students march in Toronto demanding an end to anti-Black racism in schools

TORONTO -- Hundreds of parents and students marched through the streets of downtown Toronto Monday afternoon to demand the end of systemic anti-Black racism in schools.

Organized by Parents of Black Children and the Vaughan African Canadian Association, the Provincial March for Black Students began at Nathan Phillips Square at 2 p.m.

Carrying signs and chanting, "I'm Black, and I'm proud," "racist teachers got to go," "no justice, no peace," and "Black youth, matter," demonstrators marched along University Avenue and made their way to Queen's Park. 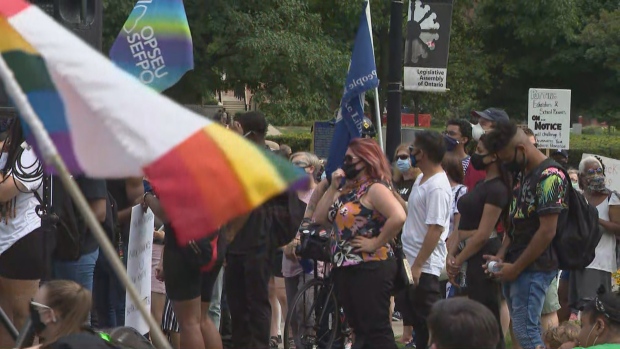 The march, organizers said, is in response to the recent announcement by the province about the end of academic streaming in Grade 9 and the elimination of discretionary suspensions for kindergarten to Grade 3 students.

While these are changes are significant, they don't go far enough, organizers said.

Among their demands include amending the Education Act to include Black history in the curriculum, de-streaming of all grades, and bias and racism accountability and training for teachers.

"Our children are constantly being abused in the education system. And we're just tired of it," said Charline Grant, the founding member of the Parents for Black Children.

"The main demand is reforming the Education Act. It doesn't talk about Black students, Black people as a whole. We just need a change for our children to see themselves in it." 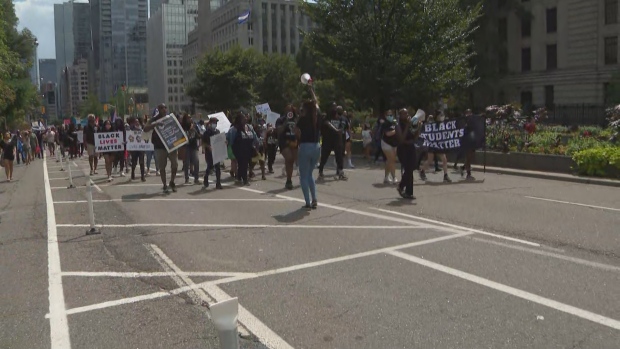 Grant also said they want the Ministry of Education to set up an auditing group to randomly inspect school boards to ensure legislative changes are being implemented.

She noted that the march is just the first step in what their group is planning to do, to bring crucial change in the education system.

"It's not just in Ontario. It's all across the country," Grant said.

"If you've gone to any school board, you'll hear the same issues that we were talking about."

Elementary Teachers Federation of Ontario (ETFO) President Sam Hammond said he is at the protest to represent the union's 83,000 members and be an ally with Black families and Black students in Ontario.

"We need to get the attention of the current Minister of Education to make change so that it is much more inclusive and to get rid of racism, anti-Black racism in our education system, no matter what we have to do," Hammond said.

He noted that they've taken steps as a union to implement equity employment plans to ensure that racism is being stemmed out.

"We need to as an organization do everything we can and our members across the province to work as an unwavering staunch ally, with Black families and Black students in this province to make sure that we're doing everything we can to deal with and eliminate systemic anti-Black racism in our education system."