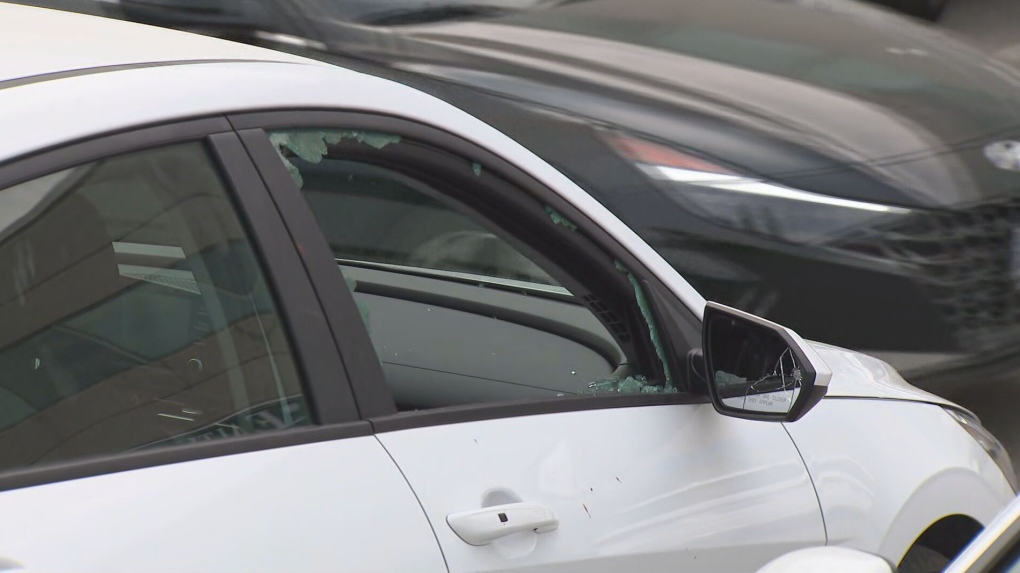 A smashed window is pictured after a child was rescued from a hot vehicle parked near Tranmere Drive and Derry Road East in Mississauga Tuesday May 25, 2021.

TORONTO -- Peel Regional Police have laid charges against the parents of a child who was found locked in a hot vehicle in Mississauga yesterday.

Officers were called to the area of Tranmere Drive and Derry Road East shortly before 12:30 p.m. on Tuesday after a child less than one year old was found alone in a vehicle in distress, police said.

None of the windows were open and the doors were locked, police previously said. Officers eventually broke a window to gain access to the vehicle so that they could free the child.

The child was in the car for at least half an hour, Peel paramedics said. They also said the child was conscious and sweating profusely when they arrived.

The child was eventually removed from the vehicle and transported to a local hospital where they are expected to make a full recovery, Peel police said.

In a statement released Wednesday evening, police also said that they have now charged the child's parents in connection with the incident.

A 28-year-old man and a 27-year-old woman have both been charged with failing to provide the necessities of life and abandoning a child.

Police are not naming the parents in order to protect the identity of the child.

“Peel Regional Police have been working with the appropriate community support services to ensure the continued well-being of the child,” police said in their statement Wednesday.

“Police are emphasizing the dangers of leaving children unattended in a vehicle especially as we enter the warm summer months.”

The parents are set to make a court appearance on August 9.