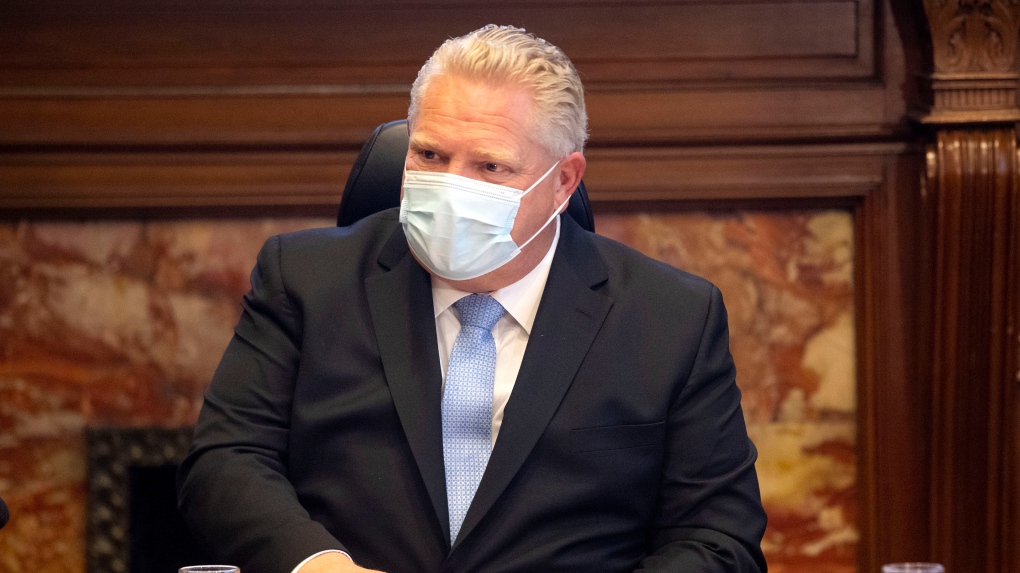 TORONTO -- The Ontario government was sitting on $12 billion in COVID-19 contingency funding around the same time the second wave of COVID-19 began, the province’s financial watchdog said Tuesday.

On or about Sept. 30, the Financial Accountability Office (FAO) said the amount of money kept in several COVID-19-specific contingency funds swelled from $9.3 billion in August to $12 billion.

Treasury Board President Peter Bethlenfalvy told reporters Tuesday that the FAO’s numbers were largely accurate, but that most of the money was “committed” to some actual purpose.

“Dedicated COVID-19 contingency funds are over 80 per cent committed and the remainder expected to be spent by the end of the fiscal year,” he said.

“Any claims that the government is not spending money is simply not correct.”

At the start of November, officials from the Ministry of Finance did not dispute the growth in unspent contingency funding, adding another $2.6 billion in other programs was not yet spent.

On Tuesday, the FAO said that $2.6 billion had shrunk by $600 million, likely due to the offer of $600 million in assistance to businesses impacted by the end of indoor dining and later lockdowns in Toronto and Peel Region.

Speaking on Tuesday, Premier Doug Ford said only a “few million” of the $600 million had been applied for by impacted businesses and he urged them to get online and submit applications for money.

The FAO says given where we are in the year, it is likely some of the $12 billion will not be spent before the end of the fiscal year.

“Given that only six months remain in the government’s fiscal year, the Province may end the fiscal year with outstanding balances in the three funds,” report authors wrote, suggesting any unspent moneys will be tacked against the deficit.

In the week leading to Sept. 30, COVID-19 assessment centres were backed up with parents seeking tests for children who had just returned to school, with the backlog eventually reaching 90,000 specimens and prompting the province to narrow the testing guidance to only symptomatic people and close contacts of previously identified cases.

Asked about the timing, Bethlenfalvy insisted the money will be put to good use.

“The fact of the matter is the money is being spent, the FAO looks at a point in time,” he said.

The opposition slammed the PCs Tuesday, saying the contingency fund was large enough to take care of most of the structural issues identified during the second wave of the pandemic.

“This money could be providing paid sick days, helping small businesses with the rent, investing in more testing and contact tracing, setting up more hospital capacity and isolation centres, and giving our kids smaller, safer classes,” NDP Deputy Leader Sara Singh said. “Instead, Ford is withholding it from the people of Ontario.”

“The Accountability Officer is revealing that the funding may end up going towards paying off the deficit instead of saving lives,” Del Duca said. “How can Doug Ford justify this callous budgeting to families who’ve lost a parent or grandparent to COVID-19? It’s heartless.”

Ford’s 2020 budget included a record-breaking $38.5 billion deficit, and $100 billion in new debt over the next three years.