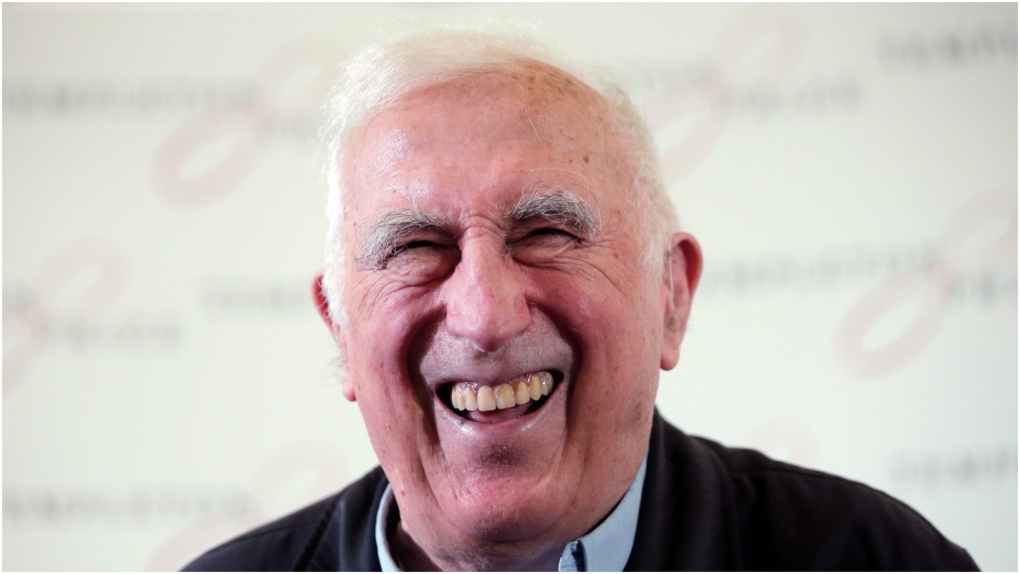 FILE - In this March 11, 2015 file photo, Jean Vanier, the founder of L'ARCHE, an international network of communities where people with and without intellectual disabilities live and work together, laughs during a news conference, in central London. Vanier, a Canadian religious figure whose charity work helped improve conditions for the developmentally disabled in multiple countries over the past half-century, has died Tuesday May 7, 2019 in Paris after suffering from thyroid cancer at 90. (AP Photo/Lefteris Pitarakis, File)

TORONTO -- At least one Ontario Catholic school is considering a name change after an internal report by a France-based charity concluded that its Canadian founder, who lent his name to institutions across the country, had multiple "manipulative sexual relationships."

L'Arche International said in a report that Jean Vanier -- a prominent Catholic figure who died at the age of 90 last year -- had relationships with at least six women between 1975 and 1990 in which he "used his power over them to take advantage of them."

Numerous Catholic schools across the province are named after Vanier, who set up L'Arche International to help people who are developmentally disabled.

The Halton Catholic District School Board's education director said the board is considering whether to change a name of one of its schools.

Pat Daly, who was also a former principal at Jean Vanier Catholic Secondary School in Milton, Ont., said the upsetting news has already prompted questions about a possible name change.

"I have a personal connection with this community and know that the staff, students and families will be greatly affected by this news," Daly said in a statement.

"At this point it is too soon to know whether a decision will be made to change the school name. There are a number of considerations that will need to explored, and conversations to be held at both the school and board levels."

King's University College at Western University in London, Ont., which has a research centre named after Vanier, said it will have conversations within its community to see how L'Arche International's report affects staff and students.

"The actions described in the report are reprehensible," said principal David Malloy.

"Our concerns and thoughts are with those who had the courage to come forward and share their painful experiences."

The Toronto Catholic District School Board said it's concerned about the impact of the news on its community, but said it's too soon to say whether it would consider renaming one of its schools.

"Everyone is still trying to digest this news and we will be providing staff and students with supports on Monday at the school in case those services are needed," said board spokeswoman Shazia Viahos.

This report by The Canadian Press was first published Feb. 23, 2020.