As deaths on the road rose in 2021 — many of them speed-related — one group is floating the idea of taking speeding out of the hands of drivers and limiting the ability of a car to drive past a speed limit.

There’s no need to have cars with the ability to go faster than the highest posted speed limits across the country, says Pamela Fuselli with Parachute Canada, a national charity dedicated to injury prevention.

“Whether the speed limit is 80, 100, 120, we know that the faster speed you go, the more serious the crash is when you have it,” Fuselli said, pointing to cars that have the ability to go double the speed limit or more.

“One of the major questions we hear asked is, ‘Why does my car go that fast?’” she said.

One case being heard in Brampton is dealing with the issue of speed — an Ontario Superior Court judge heard that Paul Manzon was allegedly going as fast as 164 km/hour in a blue Corvette down a Caledon roadway.

A video released by the court shows the Corvette travelling by the intersection in the moments before the crash. 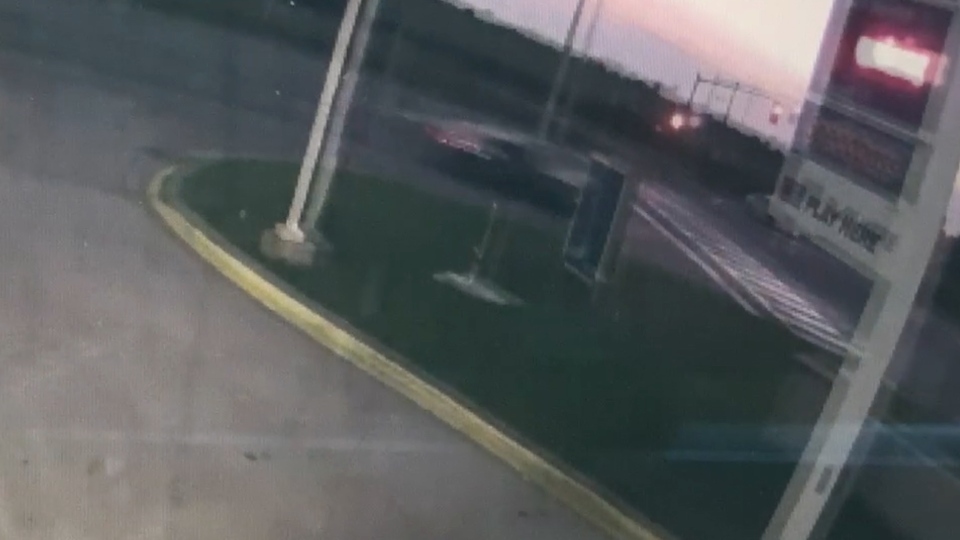 That was when the car hit a vehicle carrying Allison Jones, her seven-year-old son Miles, and family friend Julia Riccobene, 12, were killed in a collision with the Corvette.

In a lawsuit, a passenger claims, “the Manzon vehicle was travelling at an excessive rate of speed through the intersection and a violent collision occurred.”

Manzon is currently awaiting judgment on eight charges including criminal negligence causing death and dangerous driving. He has pleaded not guilty. The judgment is expected in January.

In November, Fatima and Valdemar Aliva were moving slowly in traffic on Parkside Drive in Toronto when their car was struck by someone driving at what police at the time called a high rate of speed. They were both killed.

Toronto police statistics show 58 people died on the road in Toronto in 2021, a grim tally up from 40 last year, though down from the year before, when the pandemic had yet to begin.

Jess Spieker, a spokesperson for the group Friends and Families for Safe Streets, said she suspects the swing upwards is because people are driving more -- and that major design changes to roadways that would reduce vehicle speeds haven’t been implemented widely enough.

“I’m 100 per cent for this,” she said of the speed-governing proposal. “Relying on drivers to do the right thing is a demonstrably failed road safety strategy. We’ve been trying this for nearly 100 years and it has not worked.”

Speed limiters can be installed in cars, and are marketed to parents worried about the driving habits of their teens. Technology like that could be used to provide a global maximum speed for any new car.

The technology also exists for a car to know exactly what the speed limit is on any given road. One BMW model has heads-up displays that compare the driver’s speed to the limit, and if it’s faster, the speeds turn red.

Car manufacturer Volvo has said it will limit speeds to 180 km/h — a speed that Manzon’s car was allegedly under.

Some drivers rejected the idea entirely.

“Cars don’t cause accidents, people do,” said one woman.

It wouldn’t be the first time speed restrictions have been made law. Many Canadian jurisdictions require a governor to be placed on an e-bike that prevents them from going faster than 32 km per hour.