TORONTO -- Ontario's top doctor will not ban cottagers from travelling up north this summer despite concerns from local politicians that city dwellers could inadvertently spread COVID-19 to cottage country.

Dr. David Williams, the province's Chief Medical Officer of Health, issued a memo to his local counterparts last weekend saying that while health officials should "discourage" the use of cottages, the province should not impose a legal ban.

"After consultation ... my current recommendation is to not prohibit access to secondary residences through legal order, but to continue to provide communications that discourage their use," Williams said in the May 3 memo.

Williams was asked to weigh in on the issue after property owners in Haldimand and Norfolk counties were banned from moving into their cottages this month under Section 22 of the Health Protection and Promotion act. Local health officials in the region warned homeowners who breached the ban that they could face fines of upto $5,000 per day.

Premier Doug Ford -- whose family owns a property in cottage country -- said seasonal residents are itching to return to their cottages and he can only "hold the big gates back" for so long.

Ford stressed that "there's no order on the table" to legally restrict people from travelling to and from their cottages, and his government won't issue any such emergency order.

"We have to give a little bit of leniency," Ford said on Tuesday.

"If you put down the hammer and say you just aren't coming, well, people aren't going to listen."

While Ford thanked cottage owners for staying away from their seasonal properties, he said many have also been contacting him asking whether they deserve a tax credit if they're restricted from visiting their properties.

Phil Harding, Mayor of Township of Muskoka Lakes, says seasonal residents represent roughly 80 per cent of the region's population and a significant portion of the local tax base as well.

"When you have 80 per cent of the people who have that significant of an investment in this province and in the area, they want to check on their properties -- and I respect that."

Harding, however, is also asking out-of-town residents to respect those who live in cottage country year-round by remaining isolated on their properties and restricting travel to only deal with essential property maintenance. 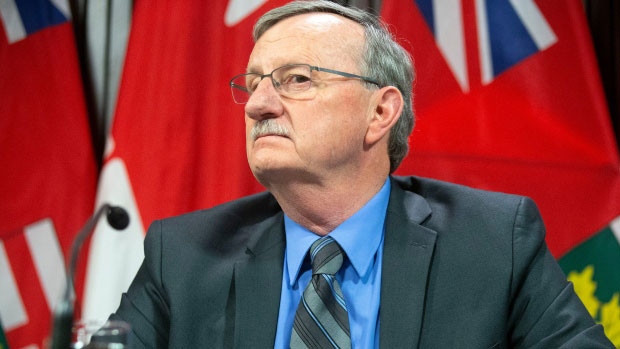 "I would certainly say you do not want to be travelling back and forth at this particular time from your cottage, just to enjoy your weekend," Harding said.

The message is being echoed by Bracebridge Mayor Graydon Smith who asked seasonal residents to "look inside their hearts" before deciding whether to travel north.

Despite advising against an official order, Dr. Williams said in his weekend memo that his "key message" will be to avoid travel to cottage country.

"My advice has been, and remains, that people should preferentially stay home and not access secondary residences, recognizing that there may be limited, essential reasons to do so."