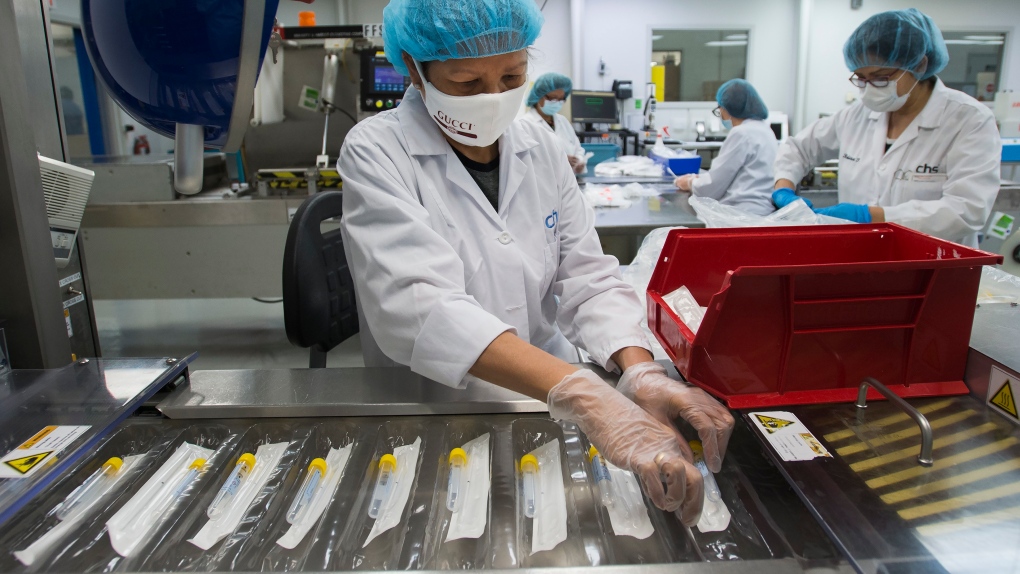 TORONTO -- Ontario health officials reported 184 new cases of COVID-19 on Tuesday morning, the third day in a row in which the province has recorded fewer than 200 cases.

The new cases represent a very minor increase (0.6 per cent) over the day earlier, when 181 lab-confirmed cases were reported.

As well, the number of resolved cases reported in recent days continues to outpace the number of new cases with 218 cases resolved in the last 24 hour period.

Testing numbers remain high with 21,724 tests completed over Monday. So far, the province has conducted 1,047,224 tests for COVID-19 since late-January. There are 17,920 tests that are currently investigation.

Yesterday, Ontario's Chief Medical Officer of Health Dr. David Williams noted that while the number of tests completed daily is high, the number of new cases reported and case positivity is trending downwards. In fact, Williams said that at one point in recent days, Ontario’s case positivity rate was as low as one per cent.

Hospitalizations for COVID-19 in Ontario also continue to decline with 413 patients currently being treated for the virus, down from the 419 reported on Monday. Of those patients, 98 are currently in an intensive care unit, 70 of which are breathing with the assistance of a ventilator.

Where in Ontario are the new cases?

On Monday, Premier Doug Ford announced that more regions of Ontario would be moving to the next phase of reopening, while Toronto, Windsor and Peel Region remain largely locked down due to the number of new COVID-19 cases being reported daily in those regions.

Many public health units across the province recorded very few cases or no cases at all.

However, Simcoe Muskoka District Health did report 12 new cases. That region was permitted to enter the second stage of the provincial reopening last Friday. York Region Public Health recorded 18 new cases and is expected to reopen on Friday, as per the government’s latest announcement.