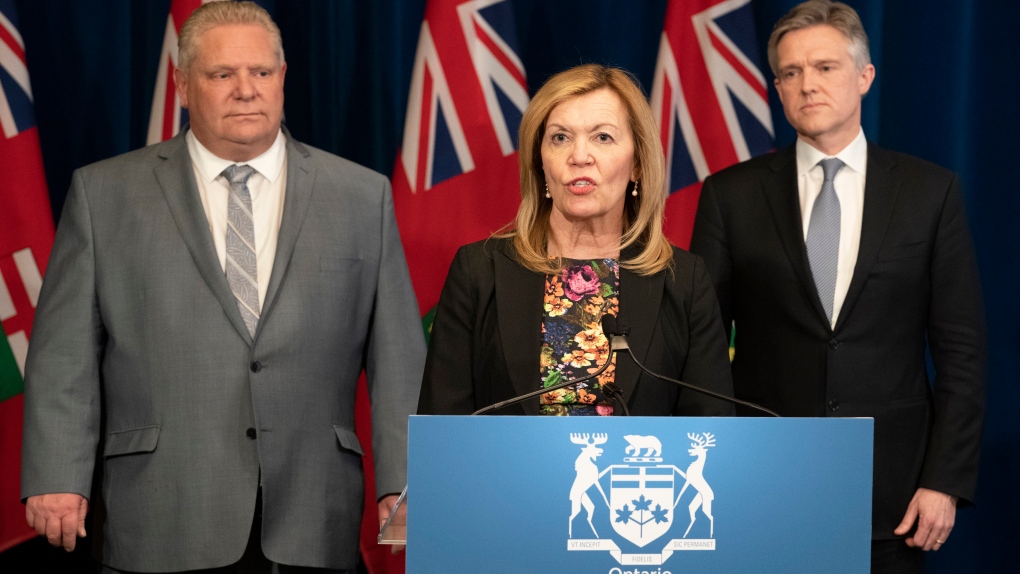 TORONTO -- Every health unit in Ontario could soon be collecting race-based data on the COVID-19 pandemic after the provincial government announced Monday it would act on the advice of community leaders and public health experts who want the figures tracked.

The province said earlier this month it was considering the move, but on Monday announced a proposed regulatory change that would mandate collection of racial and other data in a consistent way while also protecting patient privacy.

Health Minister Christine Elliott said some groups may be at greater risk of COVID-19 infection, including racialized communities and those with lower incomes.

"As has been requested by community leaders, we are taking action to support and expand the work needed to help protect our communities all across the province," Elliott said in a statement.

The province had granted some health units permission to begin collecting race-based data voluntarily and some -- including Ottawa, Toronto, Middlesex-London and Sudbury -- had been doing so, but critics argued it wasn't enough.

Elliott said collecting the information will help guide decisions as the province works to stop the spread of the virus.

The government said that under the proposed changes, people who have tested costive for COVID-19 will be asked questions about their race, income, languages spoken and household size.

The questions are optional and personal privacy will be protected, the government said.

A spokeswoman for Elliott said all health units could begin collecting the data in several weeks, when the regulation is expected to change.

"We will continue to work with community partners, health equity stakeholders, and academic experts as we collect, analyze and disseminate findings following data analyses," Hayley Chazan said in a statement.

In the U.S., public health officials discovered in April that the potentially lethal SARS-CoV-2 virus was disproportionately affecting Black communities.

Advocates say the data are important for decision-making at the provincial and local levels in order to help contain the spread more effectively and to help those hit hardest.

In early May and again this month, the federal government agreed such information was sorely lacking.

Toronto Public Health has been analyzing cases of coronavirus disease in terms of geographic area. The information has indicated higher infection rates were more prevalent in low-income neighbourhoods with a higher percentage of immigrants and visible minorities.

In an open letter to Elliott and Ontario's chief medical officer of health, Dr. David Williams, earlier this month, Toronto city council and its board of health urged them to mandate provincial race-based data collection.