Ontario premier shocked by packed Toronto beaches, warns COVID-19 fight is not over

TORONTO -- Ontario Premier Doug Ford said he was shocked to see so many people flocking to Toronto beaches over the weekend, warning that the province could see a surge in COVID-19 cases if they aren’t careful.

As a heat alert was issued for the Greater Toronto Area, thousands of people decided to hit the beach for some fun in the sun—but photos taken in the area show that some of the beach-goers were not adhering to physical distancing.

In the photos, large groups of people can be seen sitting together under umbrellas, splashing each other in Lake Ontario, and playing Frisbee or throwing a football around.

"You look at the pictures, it looked like South Beach, Florida,” Ford said at a news conference on Monday. “You see what happened down in Florida, there was 4,000 cases in one day the other day."

"Folks, I get it. You want to get out, (it's a) hot day, there is a beach. We got to maybe come up with better protocols. I'll talk to the mayor about it... we need to get bylaw officers out there."

Ford went on to say that if people don’t exercise caution and remain vigilant, it could result in negative consequences.

"Everyone has to practice social distancing. This fight is not over. We are winning the fight but it is not over by any means,” he said.

“It could turn and bite us in the backside in about a heartbeat." 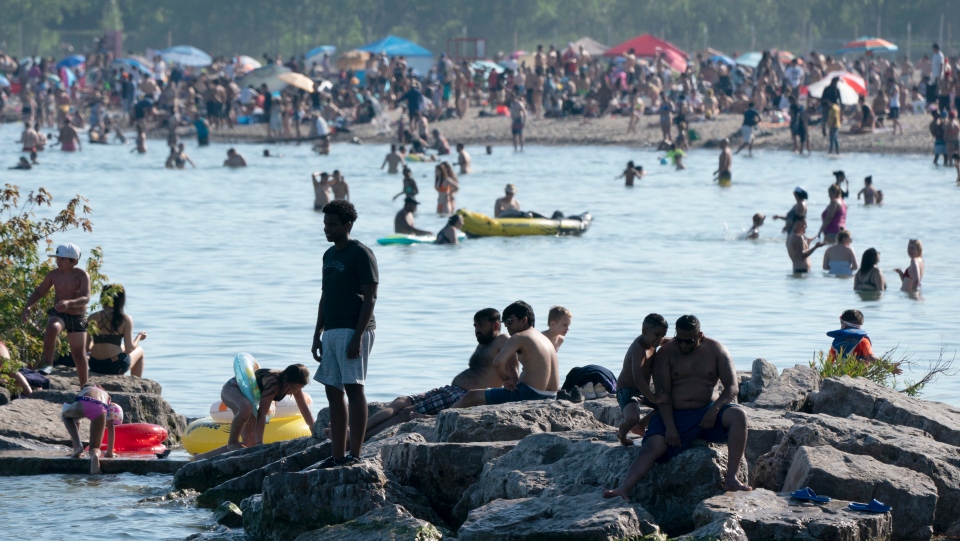 Toronto Mayor John Tory addressed the large crowds hours later, saying that while he understands the desire to go to the beach with family or friends, residents should still take personal responsibility over their actions.

“While we want people to enjoy our beaches…the beach parties themselves are not consistent with applicable and necessary health measures,” he said, adding that it would be next to impossible to draw circles in the sand to help encourage residents to stay two metres apart.

Tory also said that large amounts of garbage and litter were left on the beaches, resulting in a number of complaints to the city. 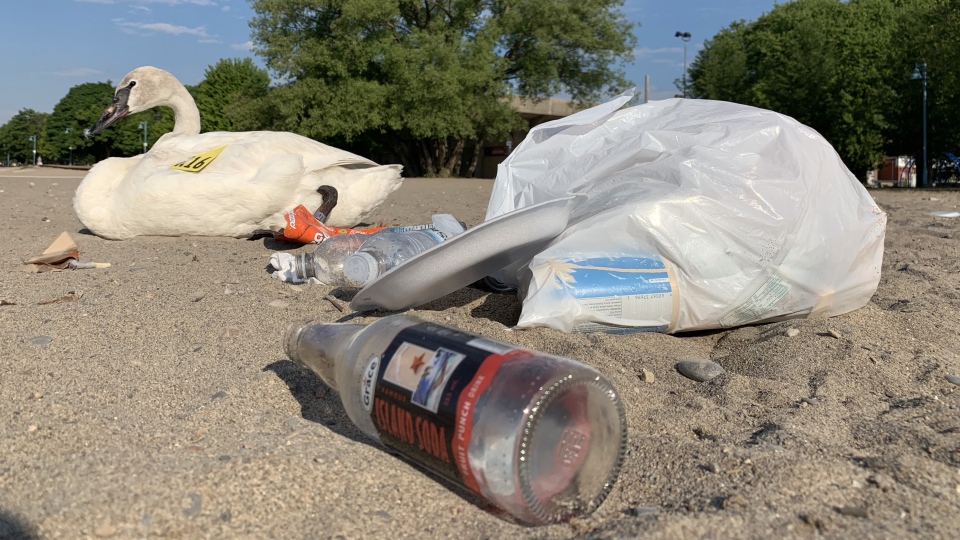 “We need people to show respect for the health of others and for the beauty of our natural spaces.”

The mayor said it would not be possible for bylaw officers to cover all of the beaches in Toronto and that they will be patrolling the area “to educate” members of the public, adding that it is their purview to issue tickets if they feel it is necessary.

Keep Toronto beaches beautiful. Please dispose of garbage & recycling in the designated bins along the waterfront. Pet & food waste can be disposed of in green bins (where available). If bins are full, consider packing up and taking your waste home. More: https://t.co/1b1ndSQusj pic.twitter.com/NQN8yv3Vh7

The beaches were also without lifeguards over the weekend. On Monday, the City of Toronto announced that their six largest beaches would now be supervised from 11:30 a.m. to 6:30 p.m. Those beaches include: