A Ontario police officer who posted a video online, in which she praised "Freedom Convoy" protesters while in uniform, is now facing disciplinary charges.

Durham police Const. Erin Howard is charged with two counts of discreditable conduct, two counts of insubordination and two counts of breach of confidence under the Police Services Act and is due to make her first appearance before a tribunal on May 5.

The charges come after Durham Regional Police told CTV News Toronto in January that they were looking into a social media video in which Howard expressed solidarity with a group of truckers that were on their way to Ottawa to protest vaccine mandates, calling them “true heroes.”

That protest eventually devolved into a three-week occupation of downtown Ottawa that prompted the federal government to invoke the Emergencies Act for the first time ever. 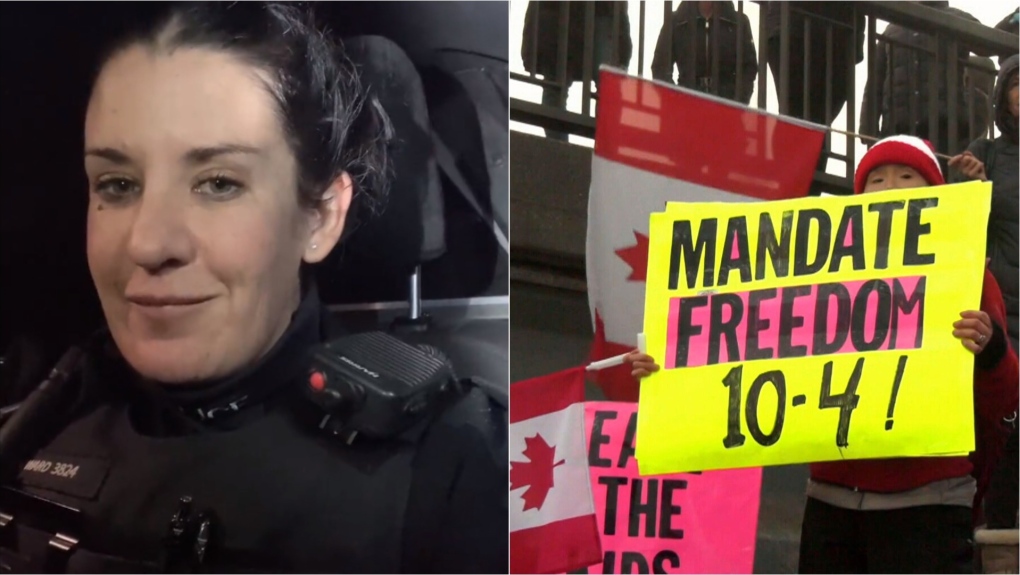 “Right now, it feels like we’re at war and those rights and freedoms are at stake,” Howard said in the video, which was posted before the protesters arrived in the nation’s capital. “You guys are honestly true heroes, what you are doing is incredible.”