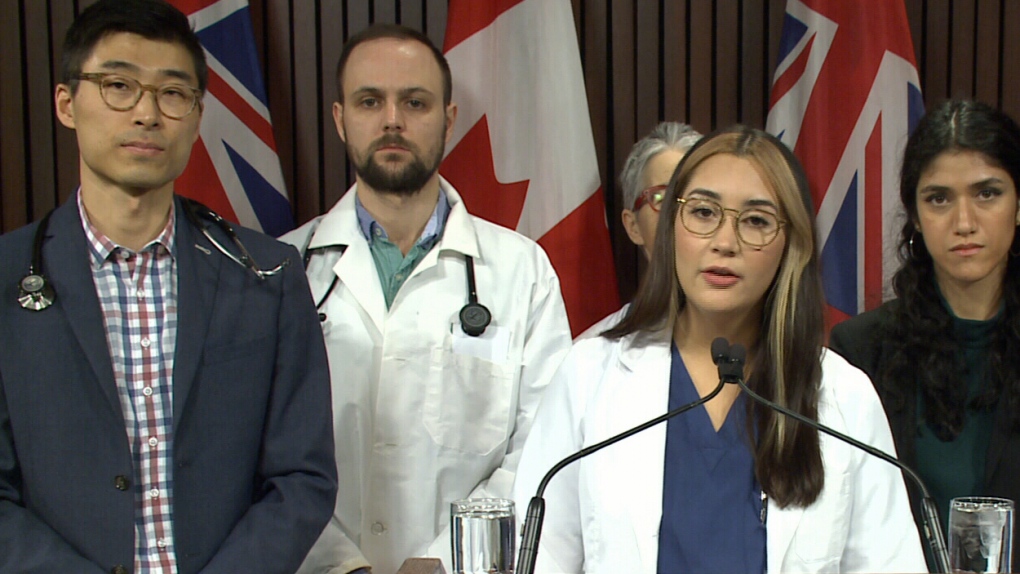 TORONTO -- Health-care workers and opposition parties are calling on the Ontario government to enact emergency legislation that would waive the need for doctors' notes and reinstate paid sick days amid the COVID-19 pandemic.

While health officials across the country ask residents to stay home if they are feeling ill, a group of health-care workers say that millions of people in low-wage jobs and precarious employment are unable to do so.

“As health-care providers, our hands are tied,” Carolina Jimenez, a nurse and spokesperson with the Decent Work and Health Network, said Thursday. “Our medical advice is to stay home when you’re sick and it’s made meaningless because so many of our patients don’t have the financial means to do so.”

Other opposition members have been calling for this as well.

The Ford government has not answered the call thus far. #onpoli pic.twitter.com/DKyD2Sk3Gk

“Many doctors charge for sick notes, which may result in sick employees choosing to go to work instead of staying home as recommended,” Del Duca said in a letter to the premier.

Del Duca added that the emergency legislation should also be used to provide workers with paid sick leave, at least temporarily.

“The Federal government has made helpful changes to (employment insurance) to respond to the crisis, Ontario should follow suit by re-instating paid sick leave,” he said.

The Ford government cancelled paid sick days in 2018. Currently, most employees in Ontario have the right to take up to three days of unpaid job-protected sick leave each calendar year.

But groups, including the Ontario Federation of Labour and Decent Work and Health Network, say three days of unpaid sick leave is a barrier for many residents in the province who may need to take time off.

Both groups are asking for at least seven paid sick days and ten days of job-protected, paid emergency leave for all workers.

“The same government that took two paid sick days away from all Ontario workers is now recommending that workers stay home when they are sick, while still refusing to provide protections for paid sick days,” Patty Coates, the labour federation’s president said in a news release Thursday.

“I call on the Ontario Conservatives to end this hypocrisy and provide paid sick days and decent work provisions for all workers, effective immediately.”

Almost 300 health-care workers have signed an open letter urging the Ford government to make the changes.

A spokesperson for the Ontario government told CTV News Toronto Friday that it's urging employers to "exercise caution during this time."

"We're recommending people who may feel ill to stay at home and encourage employers to support that advice," a spokesperson said.