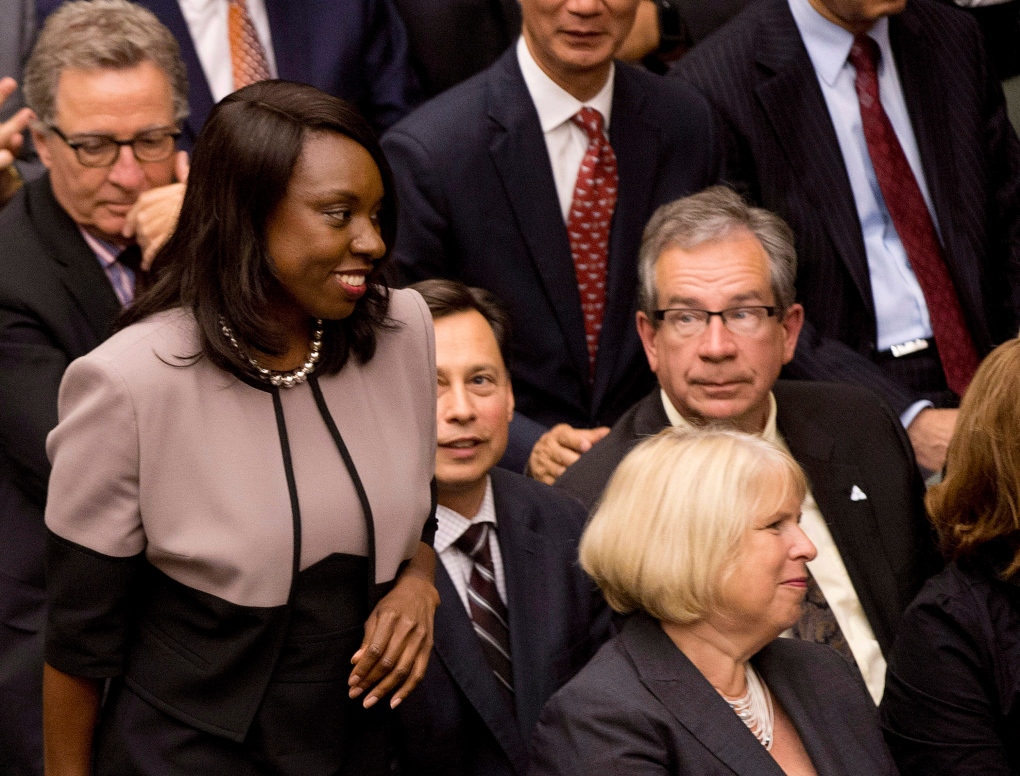 TORONTO - Ontario's Liberal government is looking for public feedback on its plan to create a provincial pension plan with mandatory contributions from workers and employers.

The government released a consultation paper on "key design questions" such as a minimum income threshold -- the $3,500 used by the Canada Pension Plan is suggested -- and on exactly who would be eligible for the provincial plan.

Associate Finance Minister Mitzie Hunter says about two-thirds of Ontario workers do not have a workplace pension, so virtually all of them would be required to join the Ontario Retirement Pension Plan.

The government will phase-in mandatory 1.9 per cent contributions from employers and workers over two years, starting with larger companies in 2017 before moving on to smaller operations like convenience stores and dry cleaners.

Business groups like the Ontario Chamber of Commerce say requiring workers to pay up to $1,643 a year for a provincial pension -- and forcing their employers to match those contributions -- will drive up costs and result in fewer jobs.

Hunter countered by saying the introduction of the ORPP on Jan. 1 2017 coincides with the expected reduction in Employment Insurance premiums by the federal government.