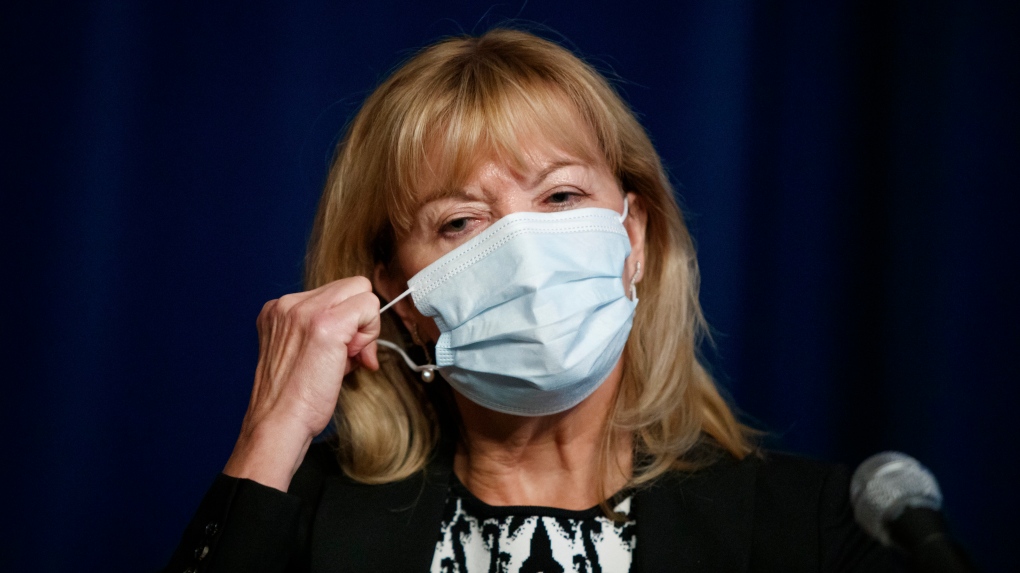 Ontario Minister of Health Christine Elliott removes her mask to speak at a press conference at Queen's Park in Toronto, Wednesday, Sept. 22, 2021. THE CANADIAN PRESS/Cole Burston

Christine Elliott, one of the high-profile members of Premier Doug Ford's cabinet, will not be running in the provincial election in June, CTV News has learned.

Sources said Elliott, the Progressive Conservative MPP for Newmarket-Aurora, will announce she will not seek re-election on Friday.

Elliott has served as Ontario's health minister since 2018, overseeing the province's response to the COVID-19 pandemic.

Elliott, who is also the deputy premier, is the latest notable PC MPP to leave Queen's Park. In January, Ajax MPP and Long-Term Care Minister Rod Phillips announced that he was resigning and won't seek re-election.

Political strategist Marcel Wieder said Elliott's pending departure is "earth-shattering" as she is considered one of the most trusted ministers of the Ford government.

"Christine Elliot was one of the most able ministers of the Ford government. She was the voice of reason. She was able to bring in a calming influence. She reassured people. She did everything textbook--wise that you would want in a minister in a crisis that we face, and now she's gone," Weider said.

"And who would be able to step in at this late stage to take over?"

Elliott was first elected to the provincial legislature in 2006 before resigning in 2015 following her second failed bid to become the leader of the Progressive Conservative Party.

In 2018, in her third attempt to become the party leader, Elliott was beaten by Ford.